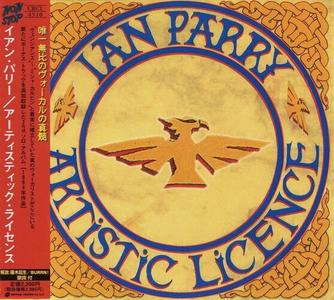 Artistic Licence is a 1994 album by British hard rock singer Ian Parry. This comes from a 1999 remaster released in Japan by Nippon Crown Co., Ltd. featuring a bonus track.