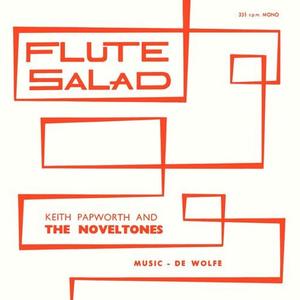 Flute Salad is a 1964 album by Keith Papworth & The Noveltones. It's a library album released by Music De Wolfe featuring schnazzy jazz, made for television and motion picture productions. It was recorded and mastered in monaural and is a vinyl rip.