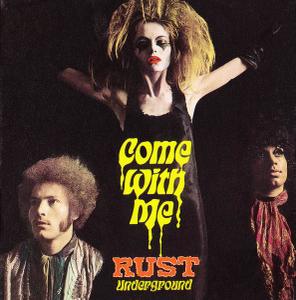 Rust is the real deal. Originally recorded in 1969, their album, Come With Me, is something of a lost mini-classic. Originally released on the independent German label Hor Zu, and bringing it to light in the early 21st century. Great, psychedelic rock tunes are embellished with phased vocals, treated piano, samples of radio broadcasts, washes of organ, and electronic effects. Mind you, this isn't total freak out music, or anything. Songs like You Thought You Had It Made and Rust revel in blues licks, and rock with a genuine joy, even if the subject matter of their lyrics is somewhat pessimistic, and softer tunes like Please Return and the gorgeous Find a Hideaway are full of acoustic guitars and vocal harmonies.