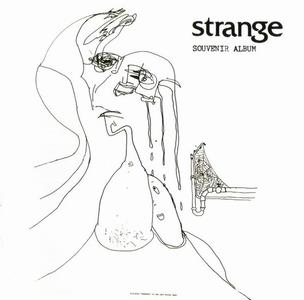 Shadoks Music has rescued yet another obscure recording for our enjoyment - Souvenir Album by Strange. The disc features eight songs proper and four segments of other tunes recorded from 1974 to 1978, and more than anything highlights the songwriting abilities of David Chamberlain, the band’s multi-instrumentalist and singer.
Even in their hometown of Olympia, Washington, Strange was far from a household name, and never really broke beyond playing local venues. By 1978, as Chamberlain was putting the material together for an actual album, Strange had disbanded. Still, Chamberlain waded through tapes of old material, committing the best bits to a master reel, and then handed them over to a gentleman named George Yantiss…