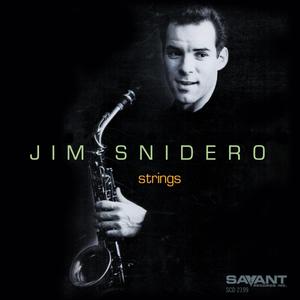 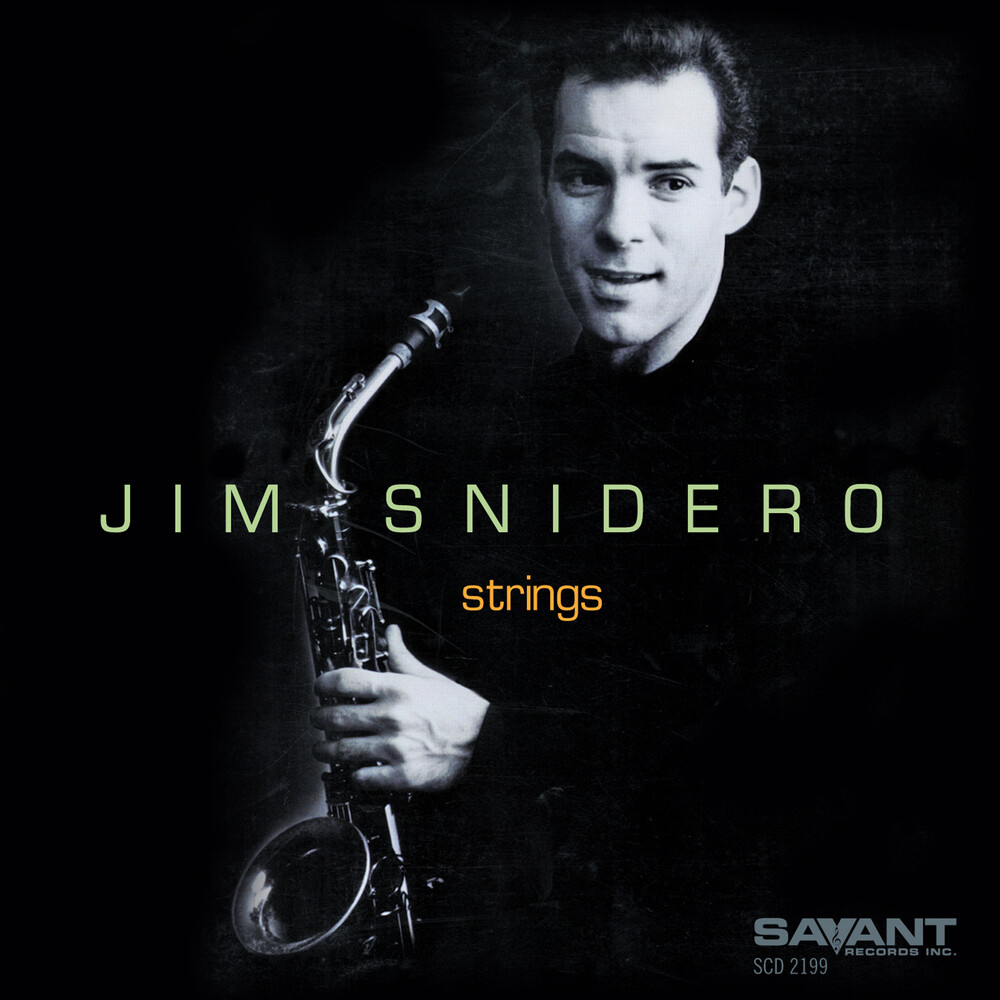 Jazz albums chronicle the lives of the artists who make them, but they also stand as emblems of a time period. When alto saxophonist Jim Snidero recorded Live at the Deer Head Inn in 2020 - an outing that earned 5 stars from DownBeat for its "spellbinding … incredible prowess and tender musicality throughout" - he connected to listeners and bandmates alike in a time of social distancing and brought them emotionally near, through the healing power of live music. To recall a comparable time of societal rupture, one thinks back to 9/11, on the very morning that Snidero and his colleagues were heading to Systems Two Studios in Brooklyn to record the album that became Strings (released by Milestone in 2003).

Some band members had made it to the studio; others, including coproducer Bob Belden, were stuck in transit and would remain so. Snidero's finely crafted arrangements for quartet and a 10-piece ensemble of strings, rehearsed meticulously the day before, were put on indefinite hold. Recording on that day was unthinkable in any case; the overwhelming scope of the tragedy sapped many musicians, including Snidero, of the desire to play at all, at least for a while.

The next time the full ensemble met, with no follow-up rehearsal, was to record on October 25. A second session transpired on November 13, and Snidero finally completed an album he had conceiving from the ground up: music that resonated with far more gravity than he ever could have anticipated. Strings, released to wide acclaim, captured some of Snidero's finest writing and playing - not a standards date with a hired-gun arranger, but rather a deep dive by Snidero himself into the art of string arranging, with mainly his original music as the vehicle. In the process, Snidero broadened not only his skill set, but the expressive capacity of his art.

Snidero took the opportunity to enhance the 2001 tracks in spots, adding the masterful bowed bass of David Finck. "It sounds like a bass section now on the arco sections of 'Dawn,' the intro of 'Theme for Ernie,' the interlude section toward the end of 'Forever Gone' and the intro of 'Ventura."

Veteran journalist Bob Blumenthal, in his original 2003 liner notes, quotes Snidero as follows regarding the string arrangements: "Most of what I learned I got from listening." Clare Fischer, Claus Ogerman and Eddie Sauter are cited as prime influences. "I was thinking about tempos, feeling, and form," Snidero adds." The opening "Slipping Away" is in a modern 3/4 swing vein, while Latin rhythms emerge in the Snidero flute feature "On the Bank" and the McCoy Tyner-esque "Ventura" (both featuring stunning Rosnes piano solos). The suite's first movement, "Dawn," features alto sax alone with strings, capturing Snidero's lyrical agility and powerful tone. Cellist Tomas Ulrich, a sought-after jazz improviser, steps out from the string section to get his say as well.

Rosnes later expressed to Snidero her feeling that "Torrent" and "Forever Gone" were prophetic. The latter "was about losing loved ones and family," Snidero shares. "It's very strange how that seeped into the moment." He points with pride to the counterpoint section after the solos and the harmonic places he was able to take it. "Torrent," meanwhile, evokes storms on the Hudson, with a sparkling Mark Feldman violin solo. Before that, the sprightly but mysterious "On the Bank" has an unusual ascending harmonic interlude "that gives a sense of upward tension," Snidero adds. Fred Lacey's Ernie Henry tribute "Theme for Ernie," made famous by John Coltrane on Soultrane, has "a pretty hard bridge, with a lot of movement, and an unusual form because the last A is extended." And "It's the Talk of the Town," a 1933 Jerry Livingston pop song, "has a mostly diatonic melody that I felt like I could do a lot with. The first two A's are with the strings which gave a lot of harmonic freedom."

To this day Snidero marvels at the cohesion and staying power of Strings, thanks in no small part to the score assistance of his arranging teacher and fellow saxophonist Mark Lopeman, as well as session conductor (and fellow saxophonist and best friend) Walt Weiskopf. "You listen to those violins, they're playing everything live and there's not a blip, it's all completely nailed," says the leader. "Walt memorized the music, he didn't need to look at the scores. This was a live date and the writing had to feel natural, so the musicians could just lose themselves in the feel and not force anything. And we pulled it off with only one rehearsal. It was a labor of love and one of my proudest achievements as a performer, writer and arranger."