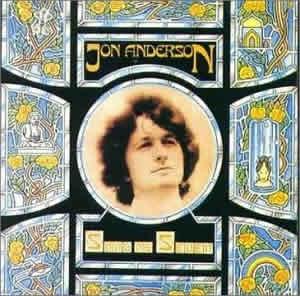 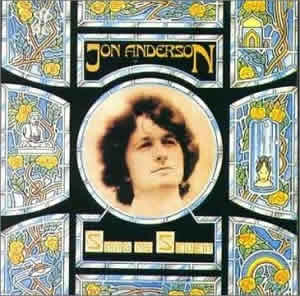 Jon Anderson: Song of Seven (1980)
Genre: | Original Release Date: November 1980 | 256 Kbps | 69 Mb
This is Jon Anderson's second solo album, a sort-of follow-up to the phenomenal Olias of Sunhillow, though considerably less experimental, and ultimately less satisfying. Here we see foreshadows of the 1980s pop era, including Yes's own dramatic shift towards top-40 radio-friendliness, and Anderson's own descent into short, simple, semi-catchy, and ultimately forgettable musical morsels found on almost all of his later solo attempts. There's some lucidity to be found in this album, though it seems draped by a thin veil that separates the music from its full potential. Even the title track, the only Olias-like fantastical prog ballad, suffers: the sweet spots are retarded by the buffer material. Just when you think it's going to crescendo, it stumbles into a significantly less interesting coda.

Overall, though, this is a good album. It's more successful in its attempt to fuse Jon's progressive roots with his later penchant for catchy pop than any of his later releases. In fact, Don't Forget and Everybody Loves You are quite good songs, despite their relative simplicity. The only song I'm not really fond of is Heart of the Matter, which sticks out like a broken toe and finds itself skipped over whenever the disc is in the player.

For fans of Jon Anderson, this is a must-have disc, as it's an important musical milestone in the singer's career that illustrates a shifting of style and priorities in songcrafting that becomes dramatically more pronounced in the next decade or so after its release. It's a good enough album for people who aren't, as well, as it's generally unassuming and easily accessible on most tracks. If you're expecting another Olias of Sunhillow like I originally was, though, you're going to suffer a huge letdown and may be tempted to shelve the disc after only one or two listens. My only advice is, don't leave it there forever.