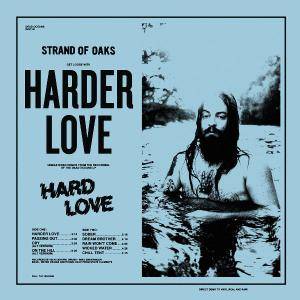 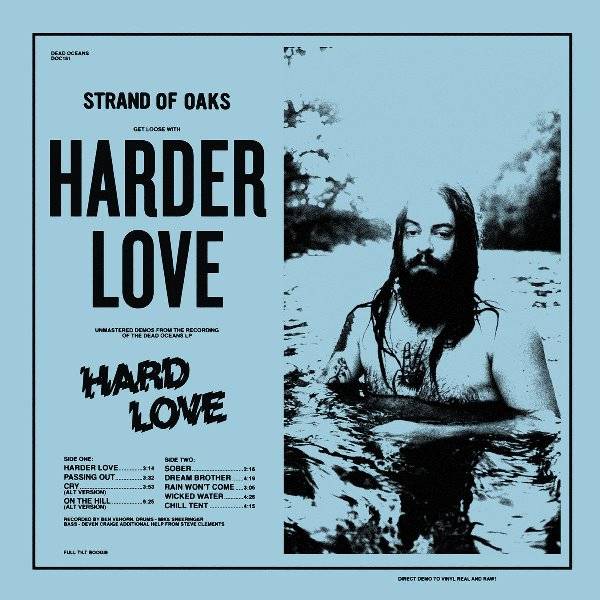 Harder Love is the latest release from Strand of Oaks, a collection of Tim Showalter’s original recordings for the album Hard Love. Pairing the earliest versions Hard Love tracks with previously-unreleased material (including some songs deemed “too weird” for the official release), Harder Love feels like Hard Love in an alternate dimension. A whole lot stranger and even more raw, it’s like the tripped out, spiritual brother to its predecessor.

In the winter of 2016, Showalter spent a week recording with Ben Vehorn at Tangerine Studios in Akron, Ohio, the two having previously collaborated on Pope Killdragon (2010) and HEAL (2014). A few of the songs captured during that initial studio session went on to be rerecorded, but much of Harder Love is hazy, unknown territory, offering additional perspective on Showalter’s Hard Love vision, as well as exciting new material to add to the Strand of Oaks discography. “These songs are me unedited…I just want people to have them. I’m sick of overthinking and talking too much about the process and the narrative.”

And it’s Showalter’s desire for a wholly unfiltered approach that defines Harder Love, a listening experience that often feels like scrolling through the FM dial, not quite getting the station, and listening through the static anyway. So when Harder Love begins, it’s no surprise that the title track feels like the doppelgänger to its Hard Love counterpart, but the pulsating beat and jangly organ of this alternate version deliver a fresh take on a notable track. And from then on, Harder Love continues to take form in its own parallel universe. The Westerberg-esque beauty “Passing Out” offers the first peek at some solid, previously-unreleased Strand of Oaks material, and subsequent new tracks (e.g., Sober, Dream Brother, Rain Won’t Come) not only make Harder Love a dynamic listen, but also speak to Showalter’s songwriting versatility.

Yet in many ways, it’s the original version of “On the Hill” that epitomizes the wild and uninhibited spirit at the core of the Hard Love concept with its scrambled, rambling vocal take and dancey, trancey vibe. And weirdness prevails on “Wicked Water,” a thoroughly bizarre jam that sounds unlike anything ever, cultivating Showalter’s dub love into an ambitious jaunt into the deepest corners of his musical mind. So by the time we reach the “Chill Tent,” in keeping with Showalter’s vision, we need it. A gorgeous electronic track that begs us to “come down, take it easy,” it’s the perfect comedown from an intense and visceral listening experience.

And once we have a chance to take a breath and move back into reality, it becomes apparent that perhaps it’s this companion piece—or the Hard Love versus Harder Love dichotomy—that has enabled Showalter to fulfill his original vision, recreating his own weird and wonderful experiences via a trippy juxtaposition of familiar Hard Love tracks and totally new, totally strange, thoroughly enjoyable Strand of Oaks material. “Life is short and more fucked up by the day…and I don’t want to waste any more time being afraid to be weird and let all my songs out there.”