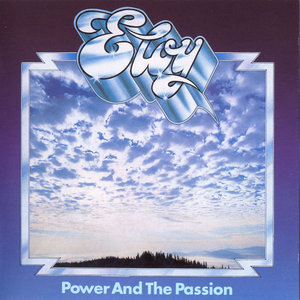 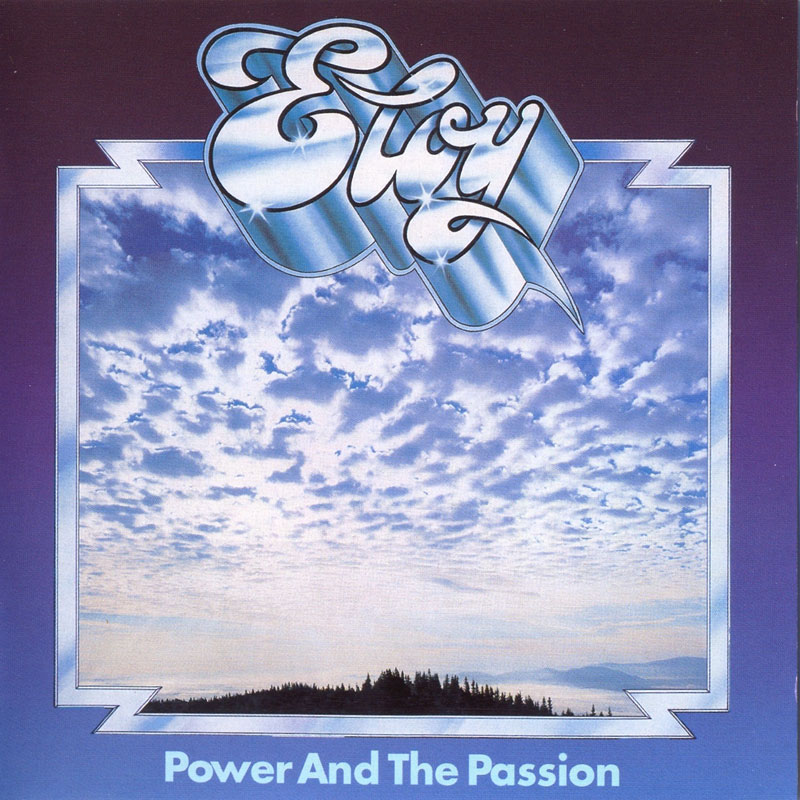 Much like Eloy's 1973 LP, Inside, Power and the Passion acts as a transitional album. With more weaknesses than strengths, it contains all the elements that would ensure the artistic success of future albums like Dawn and Ocean. For the first time, the group develops a single story over two LP sides. Gordon Bennit (who had penned down the lyrics to "Plastic Girl" from the previous year's Floating) developed a narrative in which Jamie, the son of a scientist, absorbs a "time eroding" drug and finds himself in Paris, in the year 1358. He meets Jeanne, whom he introduces to marijuana. After time spent in jail following a peasants' mutiny against their landlord, Jamie finds a eccentric magician that sends him back to his own time frame. The various episodes of this story are not well articulated, but singer Frank Bornemann has managed to write songs that fit the specific mood of each one. The introduction of synthesizers, Mellotron, and electric piano in "Love Over Six Centuries," "Imprisonment," and "The Bells of Notre Dame" announce the direction of the next albums, while the "Introduction," "Daylight," and "Back Into the Present" stay closer to the hard-rocking edge of earlier efforts. Paradoxically, this duality is what gives Power and the Passion its character and compensates for its structural flaws.

by François Couture, AMG
"Power and the Passion" is another concept album for Eloy that surfaced at the peak of prog rock's domination in the mid 70s. The concept is as usual highly based on searching for an answer and travelling to a mystical land or the future to finds the answers, via a drug induced hallucinatory experience.

It begins with 'Introduction' that is a cathedral organ instrumental and this flows seamlessly into 'Journey into 1358'. This begins softly and then the tempo speeds up with fast paced organ phrases and Bornemann singing over a driving drum and bass rhythm.

The next movement of this suite of songs is 'Love over Six Centuries' with acoustics and gentle vocals. The track is 10 minutes and flows in a variety of directions; a bassline locks into a groove as a synth solos over. The staccato Hammond blasts at 2:40 are sensational with fuzz guitar riffs. It all pulls back then into tranquil ambience with sustained key pads and spoken dialogue; "my name is Jamie and mine is a strange story, one of which even I don't fully understand, my father is a scientist and he's been experimenting with time eroding drugs". Then he goes to the future, meets Jeanne who begins to tell her story, about a man who rules with an iron hand and an arranged marriage by her father. "Well, I see we've both got our problems," observes Jamie. Then they take some drugs together and Jeanne sees a sunset with psychedelic colours, and she ceases to worry. It really emulates the LSD experience and is quite blatant in that regard but quite compelling nevertheless.

The next part in the journey is 'Mutiny', another lengthy track of 9 minutes, with layers of synth. It builds with marching percussion and wonderful organ phrases along some haunting melodies. The music is powerful, sweeping and emotional, augmented by the lead guitar break. The pace shifts into a fast shuffling rhythm and some impressive keyboards and a jangling guitar. The vocals return to continue the estranged storyline. Jamie vows to protect Jeanne his beloved, "against the hated iron hands, they're uniting, They're backed by everyone in town, And I must ride to beat them down, how they're fighting, But I understand their cause, To fight against the laws, they're right, I promised to defend your father to the end and fight."

Next is 'Imprisonment', a sad ballad where Jamie cries out from his prison cell after being incarcerated for his mutinous ways. The lyrics are simply carrying the story through to the more elaborate tracks; "I know the feeling of rejection, To be imprisoned for no crime, So God please take me out of here, You are my one hope at this time." The guards come to release him and it moves to 'Daylight'. The lyrics state; "Living can be easy if you take life in your stride, I see new horizons push my loneliness aside." Now the protagonist is freed from his captives the tempo becomes faster again and the musicianship brighter, especially some exceptional guitar work that interplays with organ embellishments.

'Thoughts of Home' begins with Clavinet and a gentle vocal expresses that he will delve into magic to find his way home. This leads into the blistering guitar and Hammond crunches of 'The Zany Magician'. A role play of a nasty magic man ensues with an echoed manic delivery; "You'll forget where you've been, Forget what you've seen, You won't feel a thing, you just, Drink it all down, your heart will pound, See you around." So the protagonist is under the spell and we move onto "Back into the Present". The swirling syths and spacey effects represent the journey home, then a bright rock song strikes up. The vocals are multi tracked and some very trippy melodies dominate. This feels like a vintage psychedelic sound with mindblowing lead breaks and happy Hammond bursts. Jamie says people won't believe what he's seen so he goes to a disco with flashing lights to clear his thoughts and unwind.

A tolling bell intros the final piece of the puzzle, 'The Bells of Notre Dame' and this is followed by tranquil synth pads. The soft vocals infuse the sound and some enigmatic lyrics; "The world seems to start outside of my body, I don't know what I feel, In these four hallowed walls, The peal of the bells remind me, Of my journey through time." The remix of this song is similar but has some clearer varied musical interludes.

At the end of this journey one is left with some fascinating ideas that are encased in incredible musicianship. The concept may come across as convoluted in places, but Eloy make it work somehow such is the conviction of their sprawling vision. It all seems to makes sense and the major source of joy of this album is the way it seamlessly flows from one idea to the next. This is Eloy at their most innovative and it would not be the last time they would venture into high concept as "Dawn" follows, with an even more complex storyline. It is an ambitious project but I admire how Eloy come up with one staggering album after another, brimming over with innovation. Many of the ideas on the album, the meeting of characters, the journey, the spoken dialogue and the musical dialogue between tracks signifying key scenes, has been done before of course, but this is still a highly inventive and refreshing approach to the medium. I am in awe of how brilliant this band is; a true revelation of symphonic prog, and yet again creating a masterpiece album in 1975. 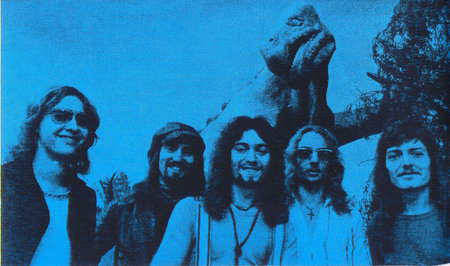 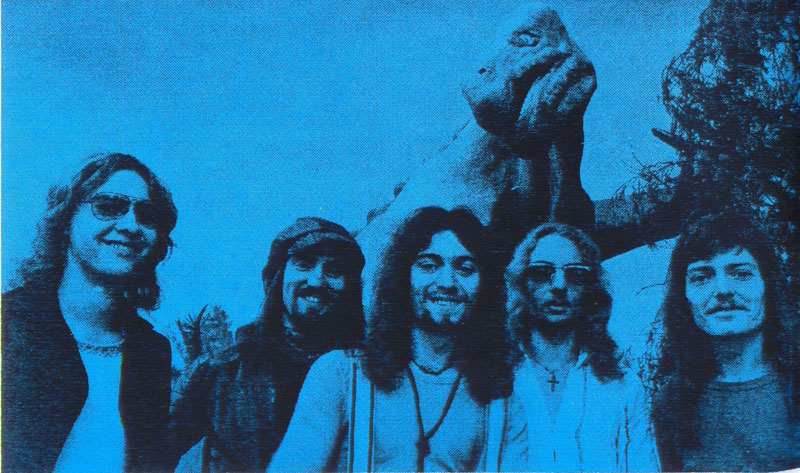 Eloy / Power And The Passion

Filename E:\Documents and Settings\Rolands\Desktop\Eloy\Remastered\Eloy - 1975 - Power and the Passion [Digital Remaster 2000]\Eloy - Power And The Passion.wav 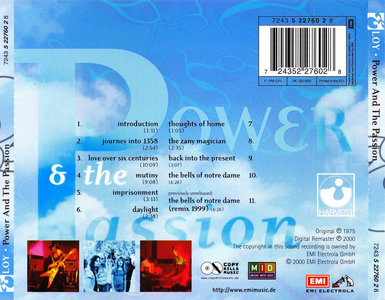 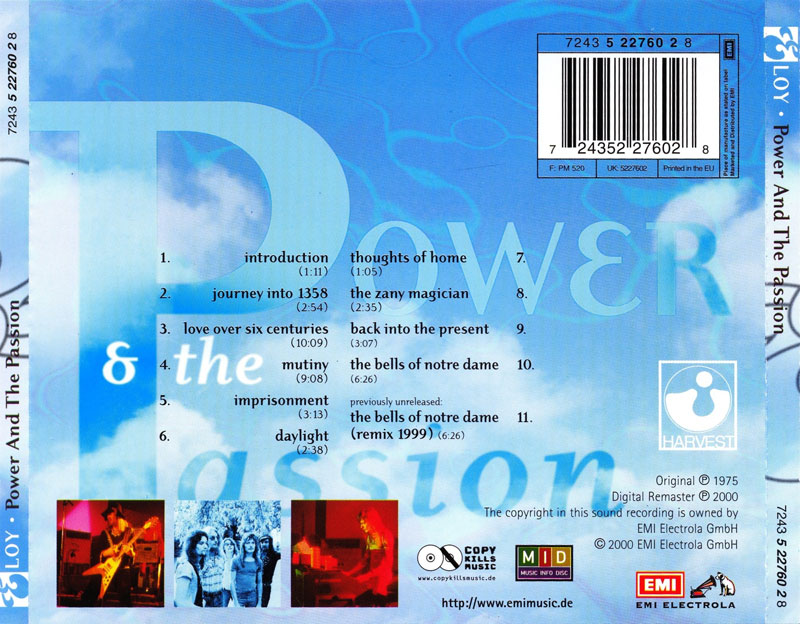 All thanks go to erro