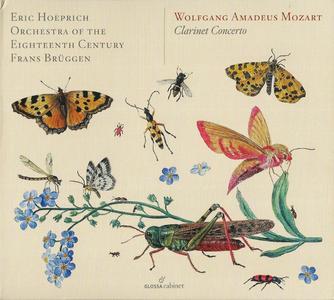 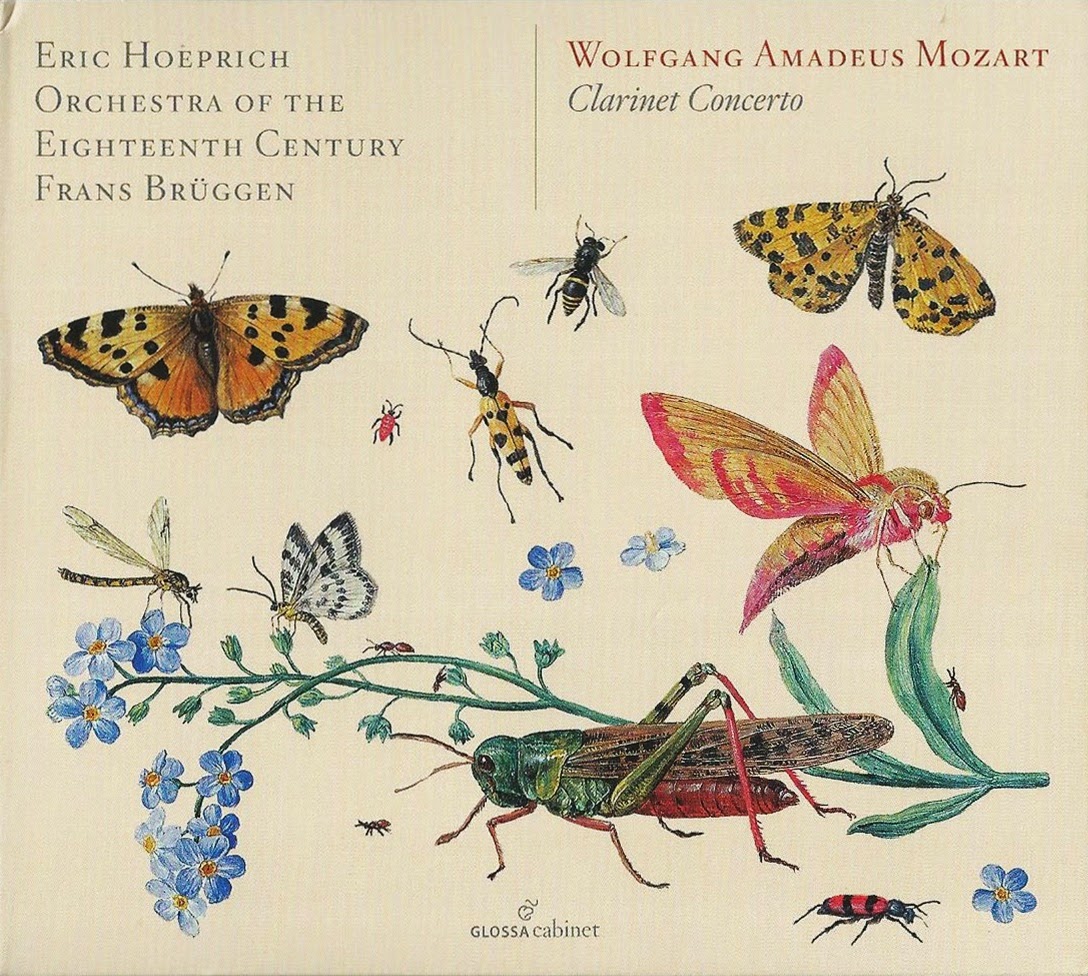 Stadler’s basset clarinet and basset horn were the result of his collaboration with the clarinetist and instrument maker, Theodor Lotz, who is generally acknowledged with improving the design of the basset horn by altering its shape to a pair of straight sections held together with a joint of ivory. Less than a dozen of these instruments survive.

When we add Mozart to the Stadler-Lotz team, the result is exceptional music from the last seven years of the composer’s life, including the Clarinet Quintet, the Clarinet Concerto, the Maurerische Trauermusik, or Masonic Funeral Music, and two important obbligato parts for Stadler’s basset horn and basset clarinet in two arias from La clemenza di Tito. The manuscripts to the quintet and concerto are lost and may have disappeared when—according to Stadler—his luggage was allegedly stolen while he was in Germany, but Constanze Mozart noted, “Others, however, assure me that the said portmanteau was pawned for 73 ducats. . . . I believe [there] were instruments and other things in it as well.” Stadler was reputed to be an unprincipled sort, allegedly stealing money from Mozart, claiming to be the sole inventor of the basset clarinet, and owing its maker, Lotz, for two instruments at the time of the latter’s death.

Since the manuscript of the clarinet concerto is non-existent, some musical archaeology was required to retrofit the normal performing version for clarinet in A to a reproduction of the instrument Stadler would have known. Documents of various sorts exist that allowed Hoeprich to reconstruct a credible performing version, but he notes in his accompanying essay that “a few passages might be open to different interpretations.” Hoeprich’s qualifier aside, he has succeeded in producing a thoroughly convincing reconstruction of what is arguably the finest clarinet concerto ever written.

The title of this CD is “1791: The Last Concerto,” and while that accurately describes K 622, there are other items on this Glossa release that don’t fit that description. A more accurate title might be “Mozart in Riga: 1794” or “Stadler in Riga: 1794,” as the repertoire reproduces in large measure one of the concerts played by Stadler in February and March of that year. Other than the material on this CD and a symphony by Haydn, the other items on the program are insignificant.

This is Eric Hoeprich’s third recording of the Clarinet Concerto. The first was released on Philips in the mid 1980s with Frans Brüggen and the Orchestra of the 18th Century. Just over a decade later, Musical Heritage Society released a set of Mozart wind concertos that included Hoeprich performing the Concerto with Thomas Crawford’s Orchestra of the Old Fairfield Academy. This Glossa release dates from 2002 and includes material recorded in concert in the Netherlands the previous year. The two-decade-old Philips is difficult to find; in fact, I recently saw a copy advertised on Amazon for over $100, but I just checked again and the Web site lists it as “currently unavailable,” meaning that it is more than likely out of print. As for the MHS, the orchestra lacks the suavity of Brüggen’s ensemble, but Hoeprich is in top form on all three CDs. Here—as expected—Hoeprich’s tone is round and rich, and his technique fluent. The scales and arpeggios are seamless, the cantabile playing captivating in its beauty, and the lines almost mesmerizing in the way they are sculpted. Listen to his obbligato in the arias from Tito and you’ll find his shading, contours, and virtuosity perfectly match the faultless execution of Joyce DiDonato, who is, by the way, among the finest Mozart singers currently active. As for the orchestral support provided by Brüggen and his colleagues, it is transparent but full-toned, and leaves nothing to be desired. Those still preferring modern instruments may want to consider the recording with Thea King (Hyperion 66199) that pairs the Concerto with the Quintet. That release was inducted into the Classical Hall of Fame in Fanfare 27:2 (November/December 2003).

Glossa’s recording is without warts from first note to last and is deserving of all of the praise accorded it, not only by me, but also by auditors on both sides of the Atlantic. It is also easily deserving of this newly created niche in Fanfare’s Classsical Hall of Fame. – Michael Carter 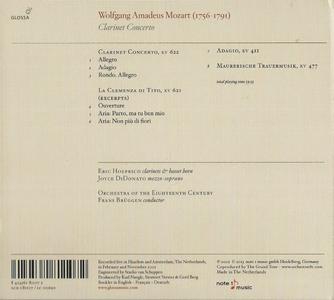 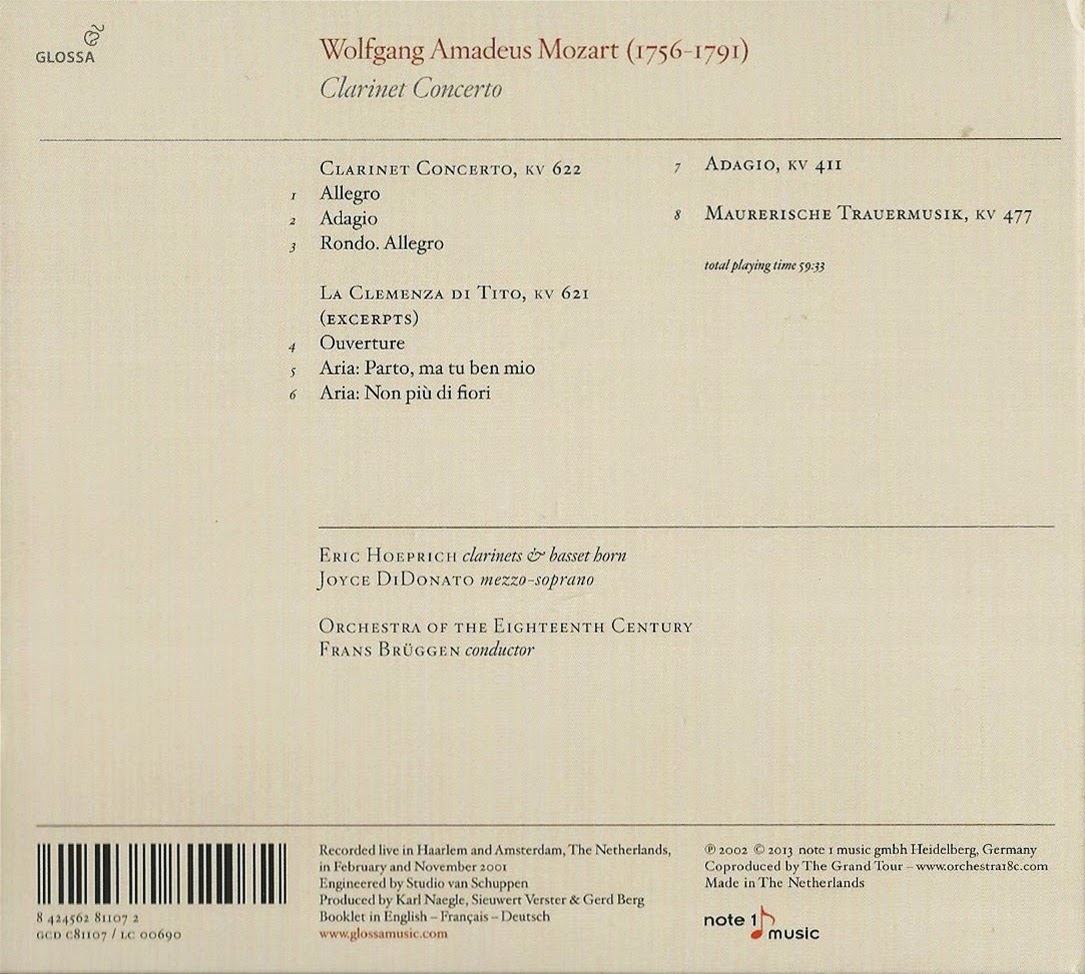