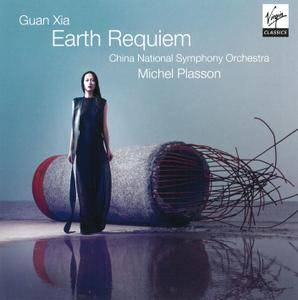 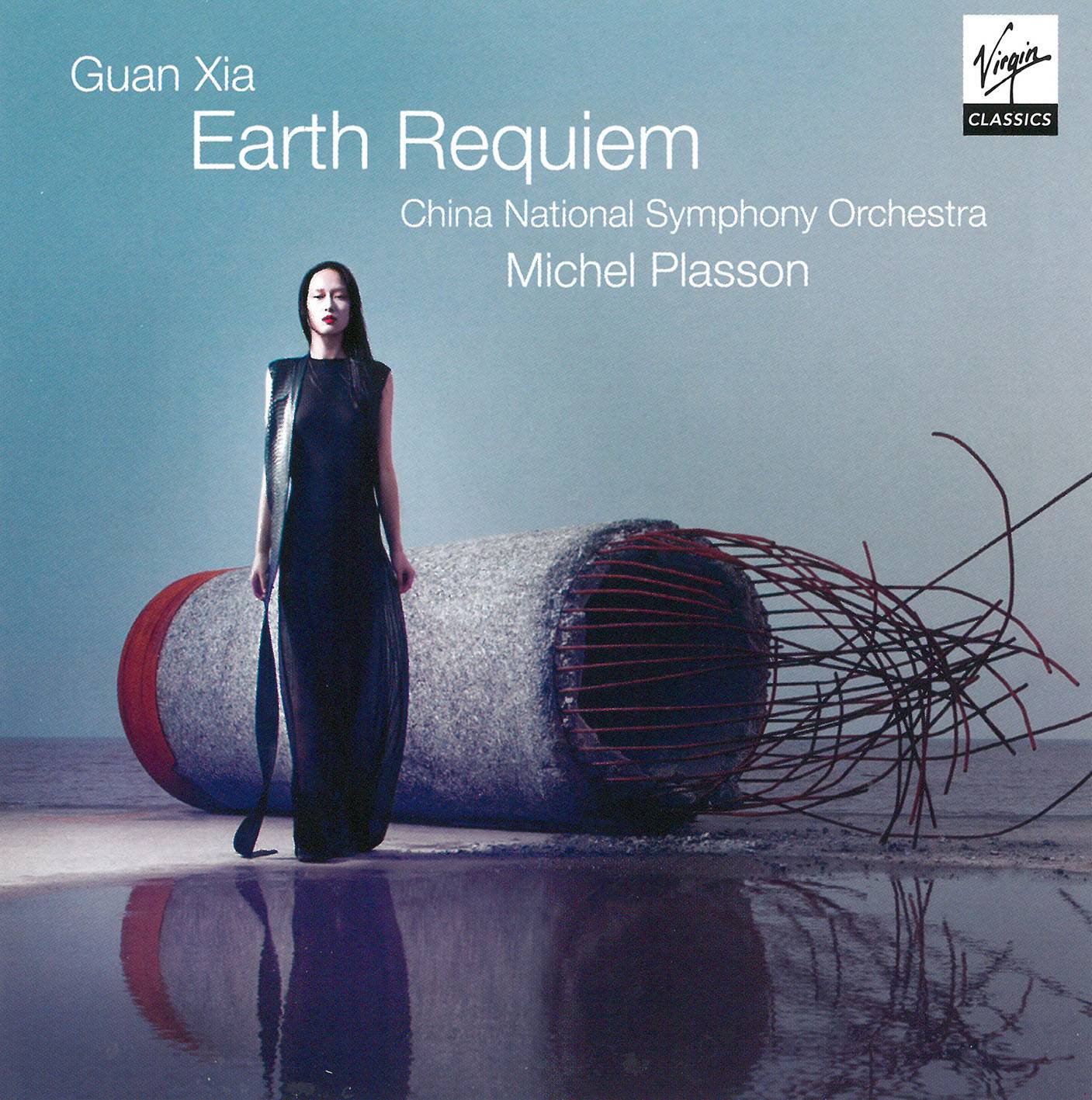 The “Earth Requiem” is a gigantic work performed and recorded in Beijing in May 2011 in remembrance of the devastating Sichuan earthquake in 2008. This is the first Chinese Requiem ever composed. This massive work by renowned Chinese composer Guan Xia is scored for 100 instrumentalists, a choir of 150 singers, an organ and 4 vocal soloists. The well-established China National Symphony Orchestra invited the legendary French conductor Michel Plasson, who has long had a close association with EMI Classics, to work on the project. This partnership between West and East gives the recording a universal breadth as well as an overarching theme: the Earth. The emotional strength of the work is empowered by its gargantuan scale. A concert and press conference will be held in May 2013 in Beijing's National Centre for the Performing Arts to mark the 5th anniversary of the Sichuan Earthquake.

The Chinese symphonic tradition dates back only to the late 1920s, while chamber music is an even more recent phenomenon, still largely practised by those Chinese-born composers who hold academic positions in the US. Here, though, we have something even more recent; ‘The first Chinese Requiem ever composed’, to quote the booklet. Whether Guan Xia (b1957), trained and working in China and with an output mostly of film and TV soundtracks to support him, is the right man to launch China into an arena peopled by the likes of Berlioz, Verdi, Brahms or Britten is questionable.

Certainly his inspiration was powerful enough. Faced with the appalling catastrophe of the 2008 Sichuan earthquake in which, according to the BBC, 87,150 people perished and 4,800,000 were made homeless, he felt compelled to commemorate it in music of equally inconceivable magnitude. While its much-acclaimed ‘gigantic’ scale – an orchestra of 100, a choir of 150 and four soloists – might not seem quite so gigantic alongside the likes of Mahler and Havergal Brian, in terms of Chinese music it is very much charting unexplored territory. He shepherds his forces sparingly, some of the most potent moments coming when the forces are cut down to the bare minimum – a soulful violin solo and a mournful cor anglais in the second movement (subtitled ‘Heavenly Wind and Earth Fire’) and, perhaps the finest moment in the whole work, the opening of the fourth movement (‘Wings of Angels’), in which an improvisatory solo from He Wangjin on the Qiang flute is paired with a distant organ played by Shen Fanxiu. And while the chorus are used in each movement, only in the fourth (their entry coming as a rude shock after the ethereal instrumental opening) are they allowed to flex their collective muscle. Sadly they do so in music which is bland and predictable, more in the nature of a collective paean of praise for communism than a passionate outpouring of grief.

Chinese listeners will probably respond more readily to the effusive booklet essay, offering a detailed justification behind every moment of the music, than those in the West, for whom such commentary will serve more as a distraction. But given Michel Plasson’s inspired direction and the exceptionally responsive playing of the China National Symphony Orchestra, the music is given every chance to speak for itself, and there is certainly much to impress in it. One only wishes that Guan could have scaled it down a bit; this is very much a case of less being more.

02. Heavenly Wind And Earth Fire
(Trilogy On A Fixed Melody, For Orchestra And Chorus) (17:06) 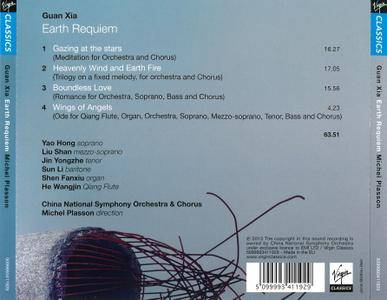 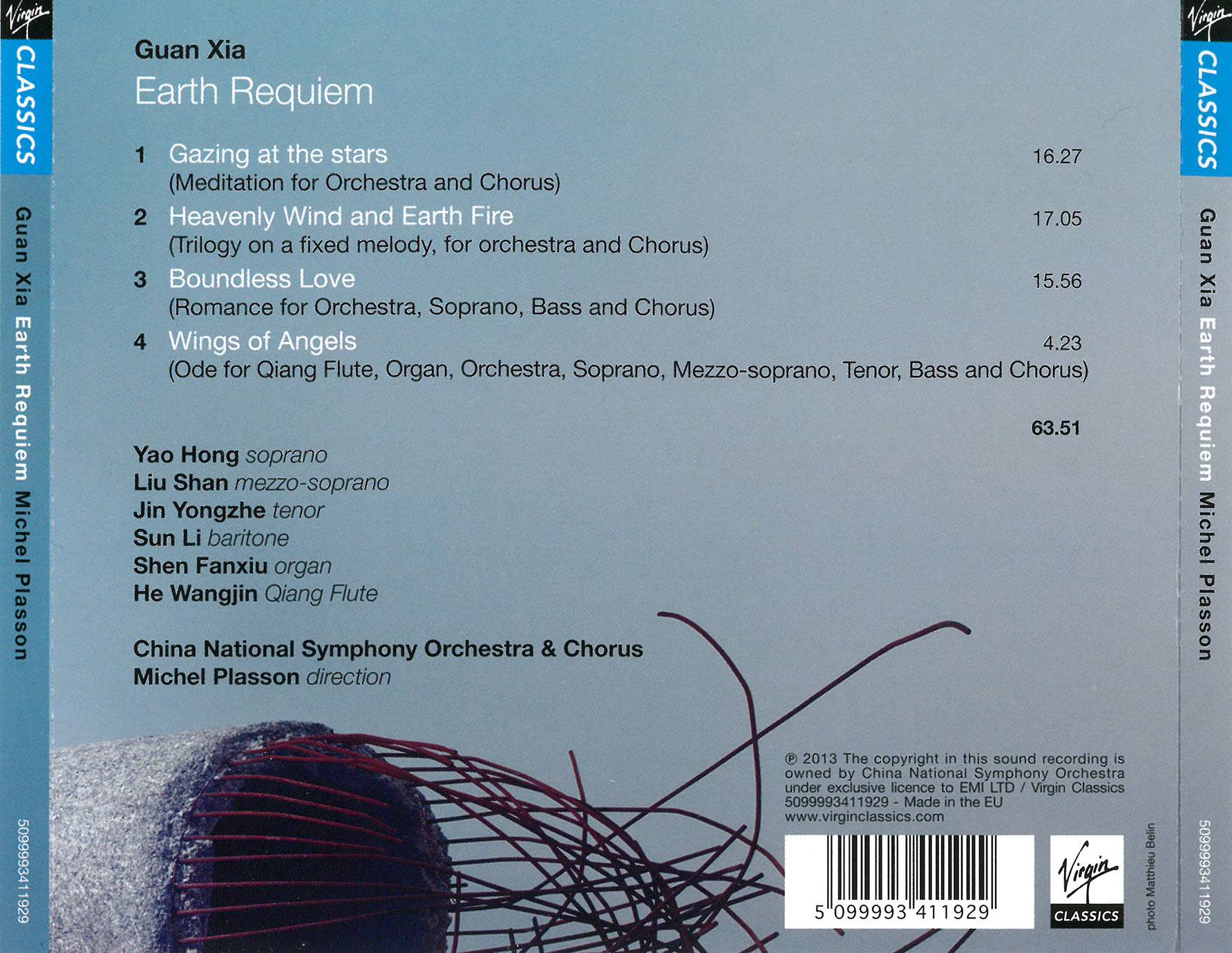