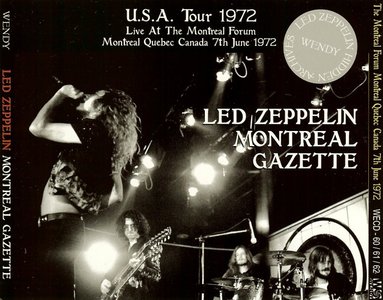 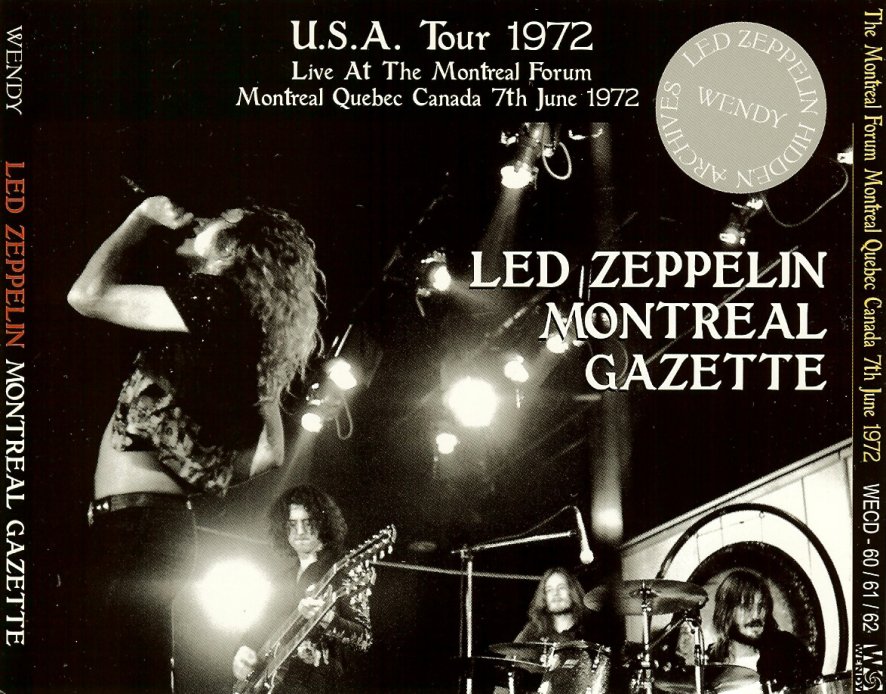 Montreal Gazette is a 3CD bootleg of Led Zeppelin recorded at the Montreal Forum in Montreal, Quebec, Canada on 7 June, 1972. It is an audience recording, or a mixture of different audience recordings, one source says two recordings while another says there may be a possible third source. It is interesting to hear a set that comes between two albums, the band's fourth album from 1971 and what would become Houses Of The Holy in 1973. Jimmy Page even hints at "Black Country Woman", which Robert Plant says will be on the forthcoming album. It was originally recorded for Houses Of The Holy before it was held back and used for Physical Graffiti. A decent live recording and a supportive crowd, although the chat near the taper can be annoying. The concert has also been released under the titles Red Snapper Deluxe and Montreal 1972. This set was released by the great Wendy label.

DISC 1
1. Introduction
2. Immigrant Song
3. Heartbreaker
4. Out On The Tiles/Black Dog
5. Since I’ve Been Loving You
6. Stairway To Heaven
7. Going To California
8. That's The Way
9. Tangerine 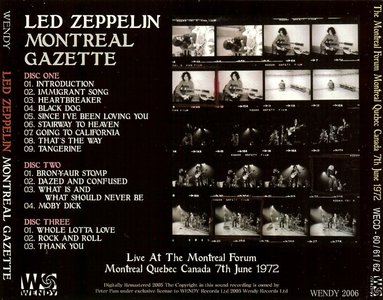 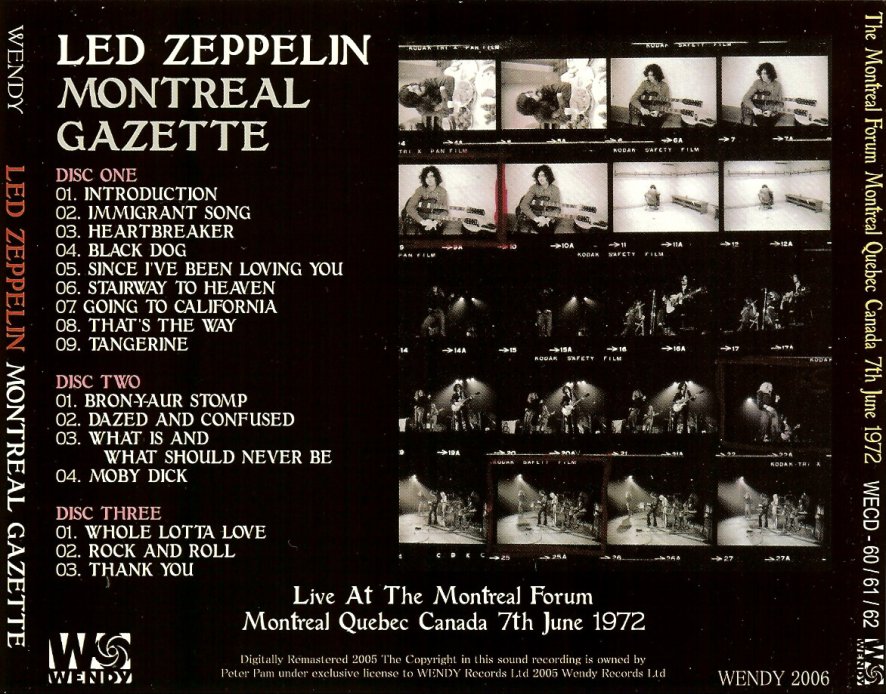