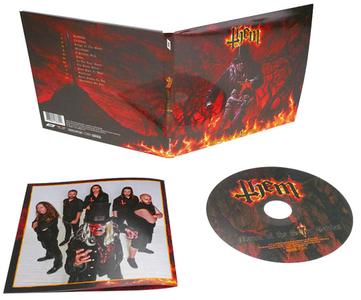 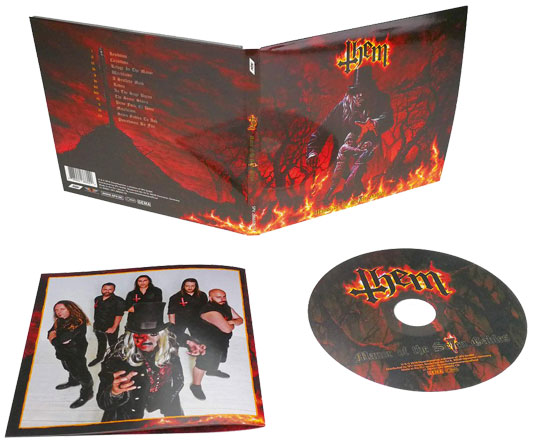 An appropriate album for this time of year particularly as we edge closer to Halloween, THEM’s sophomore release, “Manor of the Seven Gables,” attempts to capture that atmosphere. It must first be said that this is my first experience hearing the band so the review will surely reflect that. Skip this paragraph if you are already familiar with THEM. Vocalist Troy Norr originally formed the band in 2008 as a tribute band to KING DIAMOND. The band achieved quite a bit of success including performing shows with Mike Wead and Hal Patino from KING DIAMOND’s band. Now the band is centered around a concept idea of Norr’s with a six-person band assembled including keyboards to really add to the effect of the music particularly when performing their unique live show. Along with the mighty ATTIC and PORTRAIT, THEM is based off the original creativity fostered by KING DIAMOND; however, while those two bands are based more off MERCYFUL FATE, THEM is more from the perspective of his solo material.

“Residuum” is an instrumental track that opens the story up with children playing hide and seek in a cemetery, a trope featured throughout horror. The music finally comes in over a fairly long dramatic part and adds a bit of Heavy Metal tension with palm-muted chords and choir sounds from a keyboard. The next track, “Circuitous,” begins just as the name implies. Guitar harmonies form the basis upon which the mood is laid out, but the bass during this time is playing slap style. That was a huge red flag. The last thing to blend with a KING DIAMOND style track is a funky part. Could you imagine how awkward he would look onstage if his bassist did that? The vocals first make their appearance, and it is immediately over the top. The best analogy I can think of to better describe the effect of this record is the situation during the period in which CRADLE OF FILTH released “Dusk and Her Embrace,” where the music and players were evidently highly skilled (Nick Barker!), but the point that makes or breaks a potential fan is the vocals. Personally, as a hardcore KING DIAMOND fan, I will naturally have the tendency to be critical as others will be too. I can hear the resemblance and the intent is clearly there.

The fourth track, “Witchfinder,” is the first song to really have a vocal part that has the proper representation of the originator. His highs are there with a range that is generously wide. I cannot help but be skeptical, though, with the Hollywood-style production. This track contained the reticent amount of heavy with a drive similar to the classics. As a full concept album, one comes across a few short tracks such as the fifth, “A Scullery Maid,” and the ninth, “Peine Forte Et Dure”. These tracks serve to advance the story with character banter and effects. For a rundown on the story and its elements, you have to buy the album and dive in. Fans of BLIND GUARDIAN may dig this album as well as those of older NIGHTWISH.

The album really starts to drag in the middle, but the intensity is increased with by far the heaviest track, the eleventh, “Seven Gables to Ash”. This song features syncopated rhythms, tons of double bass, and is the one point on the album where they really nailed it. By nailed it, I mean that they succeeded in using the similarity to KING DIAMOND as a point of reference, but then building on it with their sound. The falsetto on this song is stunningly evil-sounding from the minor key horror atmosphere. If the rest of the album sounded more like the last two tracks, I’d give this album a stellar review. The last track, “Punishment by Fire,” continues the trend toward the more extreme end of Heavy Metal. It is understandable to have peaks and valleys, but the last two tracks sound like a different band.

Obviously, the strongest point of contention is the instrumentation of the album. It has a very crisp, bright Hollywood-like production that feeds off the horror story mellow drama. The most daunting project to me would be to try and form a band to emulate KING DIAMOND, but it is obviously a thing now. The musicians have to be top notch, and they are. Everything is Pro Tools perfect, quantized, and clear. Troy Norr was definitely careful to garner all the musicians best fit for this band. With three guitar players and a keyboardist, a Metal opera type of feel is given to the music with so many melodic and harmonic options.

With the autumnal brisk air, this is the time of year I usually listen to KING DIAMOND the most. Though it is a testament to the appeal of the master’s music to have a sub genre start to form based on bands playing in the tradition of his music with their original songs, KING DIAMOND is such a unique entity that it is about more than just the fidelity. While this album sounds good on paper, it is really according to taste whether this is a hit. Since it had a fatiguing effect by the time it was listened to in its entirety, I doubt I’ll listen to much more of it. 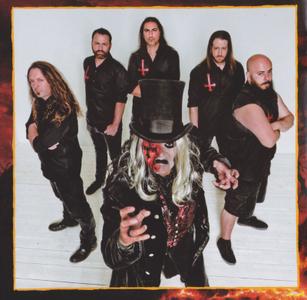 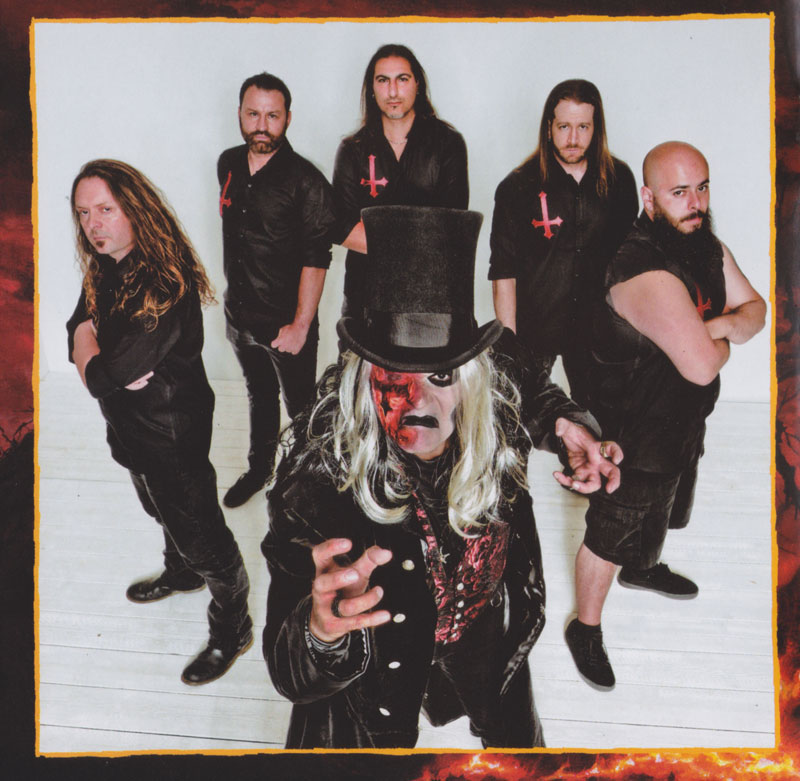 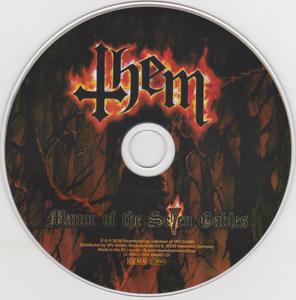 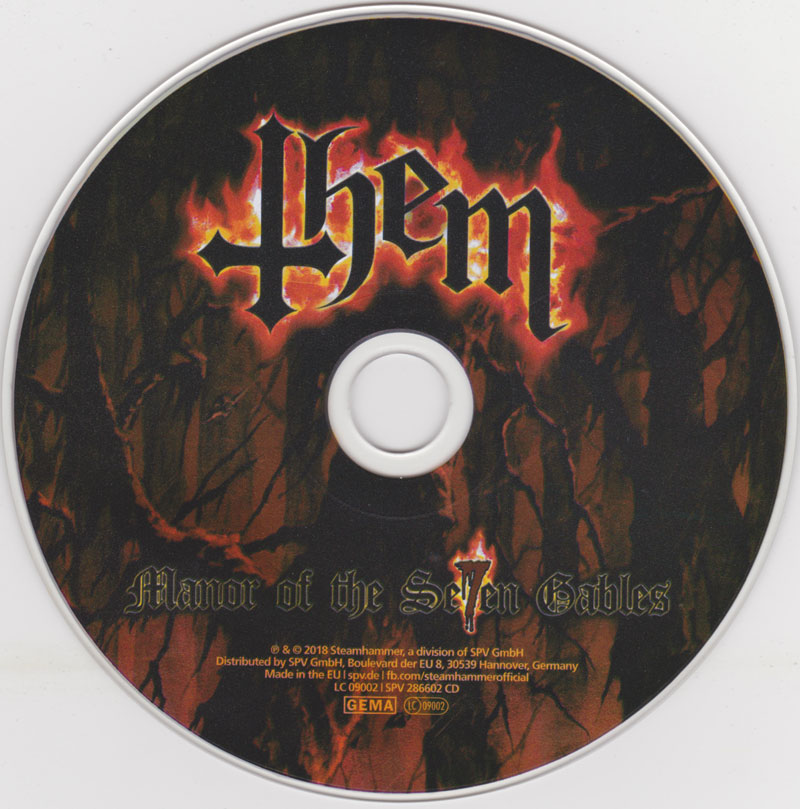 Them / Manor of the Se7en Gables 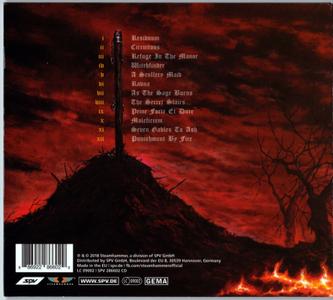 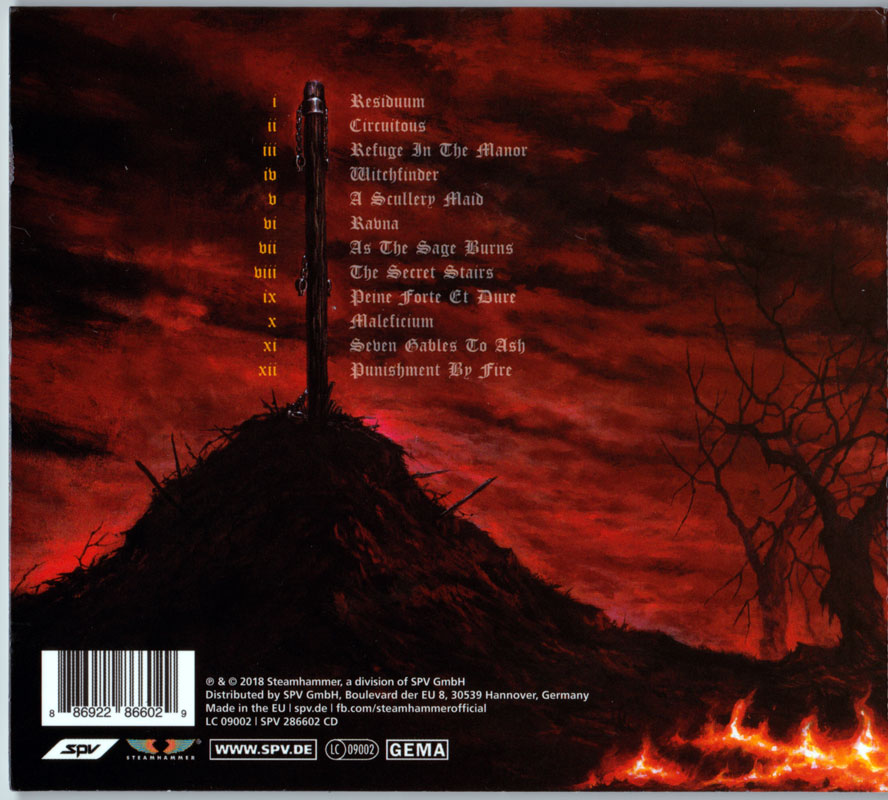 All thanks go to Ilijan