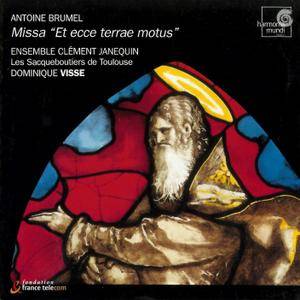 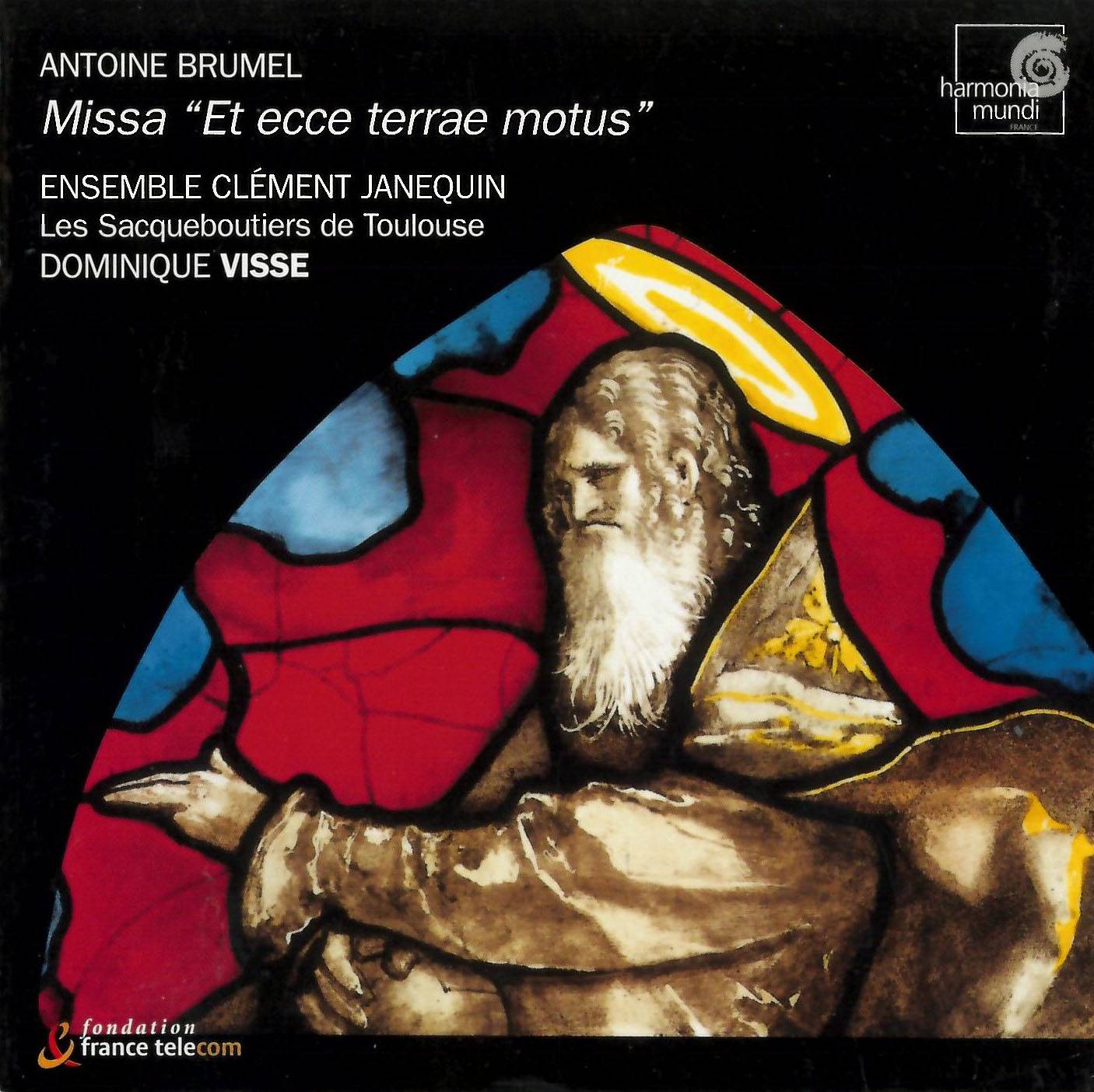 Dominique Visse and his group Ensemble Clément Janequin have been involved in many outstanding projects over the years, but this 2002 Harmonia Mundi recording has to be one of the most spectacular; the Missa "Et ecce terrae motus" (aka, "The Earthquake Mass") of Antoine Brumel. Brumel is one of many mid-renaissance composers whose reputations are so far overshadowed by Josquin Desprez that – like Rodney Dangerfield – they "just don't get no respect." In Brumel's own time, however, he was considered one of Josquin's equals and his death in 1512 was widely observed in a number of "déplorations." Although the mass itself survives in only a single manuscript copy, it bears the signatures of singers who revived the work in Munich in 1570 – probably close to a century after it was first given – and among them is a bass named Orlandus Lassus.

What makes this tremulant and quaky stuff indeed is the size of the performing forces involved; it is a 12-part mass that Brumel builds from a framework derived from a cantus firmus consisting mostly of repeated pitches and raises it into a massive, dense edifice. The Kyrie that opens the work lasts nearly 12 minutes and is enormously thick; one young listener referred to it as the "fruitcake mass" as it has so many ingredients. However, the whole is shaped into a constantly morphological harmonic structure that transfixes the listener; if some of Obrecht's work is like spinning through space on the way to heaven, then this is like what one might hear upon arriving at the pearly gates. In subsequent movements, Brumel divides parts of the texts among various subgroups with the large choir, both to provide relief from the sound of the full group and to add variety in texture. The big sound periodically returns, and the mass as a whole easily keeps one's attention over its long span (just short of an hour), not to mention inviting as many repeat listenings as one can stand; it's addictive.

Needless to say, such a complex work from a remote time – with its numerous issues in terms of performance style, notation, and other factors – must be devilishly difficult to sing. In this regard, Visse and Ensemble Clément Janequin are right on the money; it's rather hard to aim for specific effects in such a grand texture, and what they do is concentrate on making the smaller units as transparent as possible and building them up into the larger ones; indeed, what the results are might be as much a surprise to them as it is to us. While theirs is not the only Missa "Et ecce terrae motus" on disc – it has also been done by the Huelgas Ensemble, the Tallis Scholars, and the Schola Cantorum under the legendary Clytus Gottwald in an older recording – it is easily recommendable as belonging to the top tier among the few available recordings of Brumel's masterwork. This disc was reissued by Harmonia Mundi in 2008 in its Musique d'abord series.


Antoine Brumel’s Missa “Et ecce terrae motus” (otherwise known as the “earthquake” mass) was justly famous during the composer’s lifetime and remains one of the true marvels of Renaissance choral writing, with its unusual scoring for 12 voices and for its carefully constructed melodic detailing against astonishingly long stretches of slowly-moving blocks of harmony. Although this work has absolutely nothing to do with earthquakes (its cantus firmus is taken from the Easter antiphon “And behold, there was a great earthquake”), if you want to be pleasantly, unforgettably “shaken”, just listen to this disc’s final eight minutes–the last part of the Agnus Dei. Nothing in all Renaissance music can surpass this for its sheer emotional power and impressive command of musical forces. And frankly, no composer before or since has so effectively sustained a text-based idea (Sibelius achieved a similar, orchestral result with the conclusion of his Second symphony), the closest being William Byrd or Vaughan Williams in their respective masses. You’ll know what I mean when you experience Brumel’s Agnus Dei, with its seemingly endless cascade of richly colored, dense-textured harmony, topped with swirling whirlpools of melodies, flavored with the reedy timbres of a choir of sackbutts and exclaimed by the very fine voices of Dominique Visse’s Ensemble Clément Janequin. Which leads to the question: what are sackbutts doing here, and why are they muddying the texture of a work whose grandeur depends largely on our being able to discern the textural details? Another question: what edition (or editions) was used for that amazing Agnus Dei–here delivered in three parts–which exists only in a manuscript whose last folios (the Agnus Dei pages) are severely damaged? And was the six-voice “Copenhagen” version of the Et ecce terrae motus “Agnus Dei” used to fill out this performance? The notes are silent on all of these points. However, there’s no denying the sonic splendour of most of the performance, or the technical or interpretive prowess of the singers and players. Time and again throughout this CD, I was just overwhelmed by the richness of the sound–those sackbutts really fill a room!–but at the same time I was disappointed by the saturation, the obscuring of detail, due to the presence of just too many “voices”. Nowhere are we given an explanation as to why the instruments are used–but at the same time, we can’t deny their purely theatrical benefits! For an unadulterated yet clearly detailed and musically scintillating performance (with the legitimate exclusion of instruments), go for the Tallis Scholars’ more distantly recorded rendition. But for sheer, glorious sonic revelry, this version is the one–and you won’t be sorry. 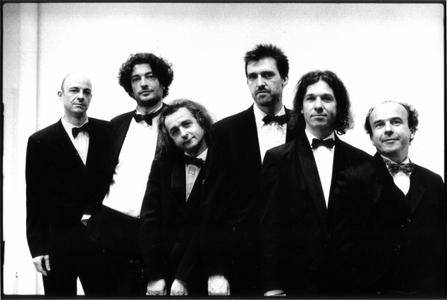 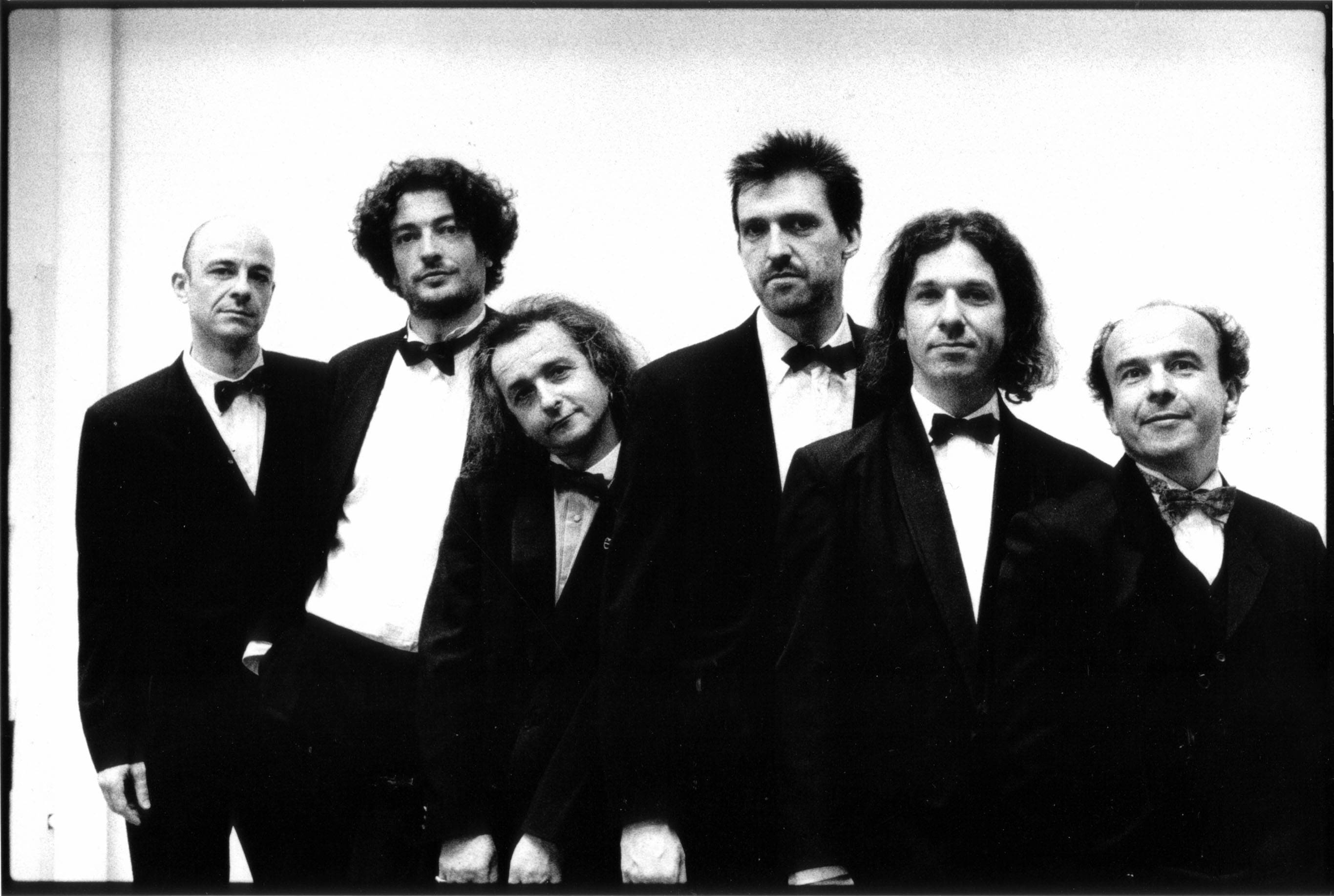 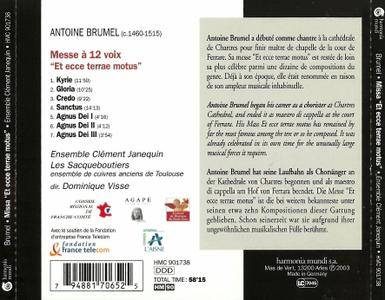 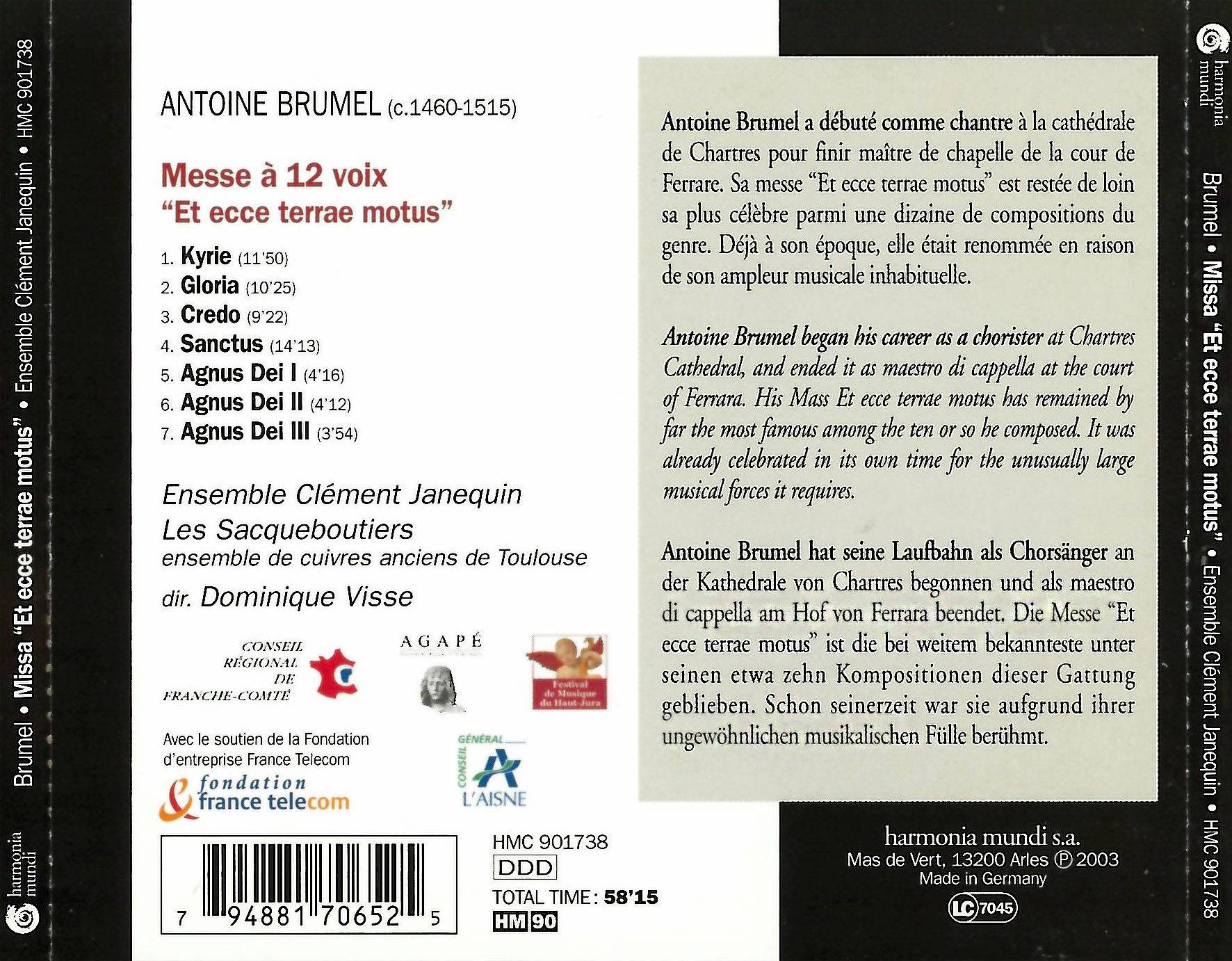