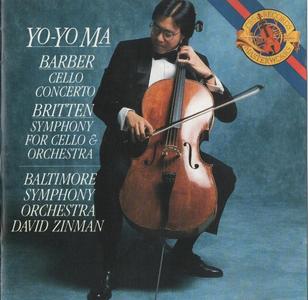 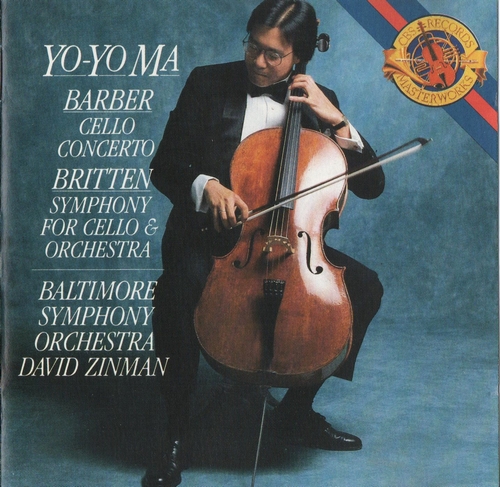 Samuel Barber's cello concerto has long been considered the weak sister among his three concertos for solo instrument; this release may alter that perception. It was written in 1945, when he was thirty-five, a time in his life when he was still brimming with confidence about his music, not yet on the defensive against attacks received from many quarters, and not yet attempting to bring contemporary elements into his work. Some of the brouhaha was well-intentioned: Americans in the musical world naturally wanted our first internationally successful composer to represent us at our best, our newest and freshest; others decried his conservative romanticism out of personal jealousy at his wide acceptance. At this late date, some may still shake their heads at his anachronistic style, but all recognize that Barber was being true to himself in the only way he could; his later attempts to modernize only spoiled his compositions, both because the music is less honest and because his growing bitterness interfered with the free flow of his early composing. The cello concerto was the last of his instrumental works to contain that warm glow of confidence and serenity; the piano sonata and the piano concerto are very fine works, but they depend more on flashy virtuosity for their appeal—appropriate for their forms, of course, but not quite the real Sam Barber, who reappeared in the opera house, where his innate lyricism better matched the audience's expectations, and in such other vocal works as Knoxville: Summer of 1915 and Andromache's Farewell.

In the past I have missed a sense of emotional involvement in Yo-Yo Ma's technically proficient performances, both live and on disc, but he seems an ideal performer for Barber's concerto. Given his impeccable technique and rock-solid intonation, Ma's straightforward approach invigorates the music; Barber supplies all the warmth needed, but the somewhat spineless nature of the piece had defeated earlier recordings. Wallfisch and Simon, on Chandos, stressed its beauty, and the work slipped down the drain. Ma and Zinman stand up and play it straight; it works wonders for the concerto. David Zinman remains one of our most underrated conductors; he makes any orchestra sound better than we think it is. He made the Rotterdam Philharmonic sound like the Concertgebouw Orchestra, and here the Baltimore Symphony plays beautifully.

Benjamin Britten wrote this symphony for his close friend Rostropovich, and the two of them made its first recording about 1964; that performance may never be equaled for its variety and flexibility. Britten was not only a great conductor, but the musical personality of his compositions is seldom captured so well by others; it involves a continual changing of mood, from total relaxation to high tension. Of course Rostropovich played exquisitely, and the London stereo recording was glorious. Against such fearsome competition, Ma and Zinman hold up very well indeed: they are more singleminded, more concentrated; they do not miss the gentler sides of the piece, but even so they make a convincing case for it as a major work. The fresh, detailed sound of the disc suggests that Joseph Meyerhoff Symphony Hall is a marvelous place to make and to hear music; it improves on the London LP in at least one respect: the bass is much tighter. No doubt the British will consider this to be a Britten disc with a Barber filler; the American work is emphasized here because it has never been done so well before: Roger Dettmer dismissed all three previous recordings in Fanfare 8:4. As suggested above, this release is on such a level as to revive the fortunes of the work itself. Definitive Barber. – James H. North 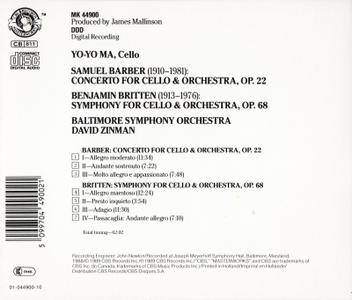 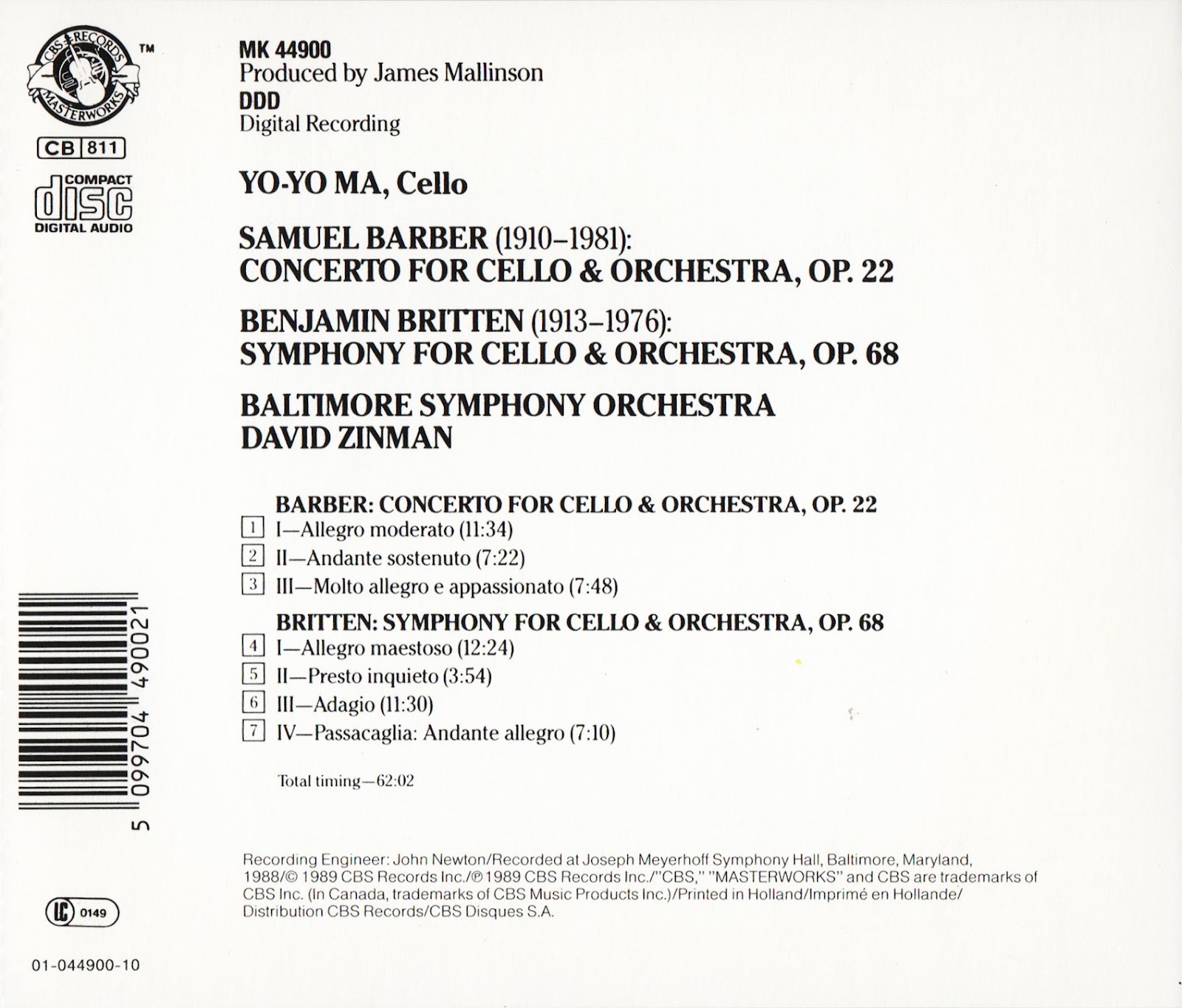