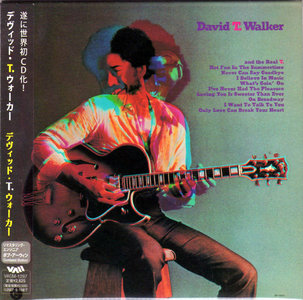 David T. Walker is the 1973 album by guitarist David T. Walker. It features some moving covers of well known songs, including one which was sampled in a trip hop song in the 1990's. The album features some nice accompaniment from Billy Preston, Paul Humphrey, Joe Sample, Bobbye Porter, Gene Page, Curtis Amy and Merry Clayton among others. This is taken from a Japan-only CD pressing released in 2006 by Ode Records.