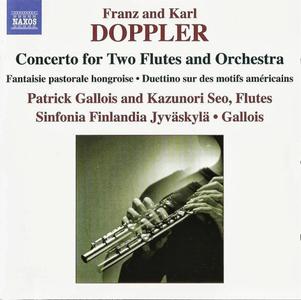 Franz and Karl Doppler were virtuoso flutists of the middle nineteenth century, born in Lemberg in what is now Ukraine. They toured and worked in various parts of Europe, composing music (sometimes jointly) for their own use in recitals. All the music here, except for the final Concerto for two flutes and orchestra in D minor (first exhumed by Jean-Pierre Rampal), was originally accompanied by piano and has been arranged for orchestra at the behest of Patrick Gallois, one of the flutists featured here.