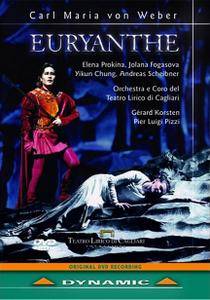 After his success with Freischütz, Weber wanted to write a grand romantic opera and in the end the subject of Euryanthe was chosen, a tale inspired by a legend going back to the thirteen century. Euryanthe is music of inspiration and originality such as is rarely found in the history of German opera in the first half of the nineteenth century. The Italianisms that are occasionally glimpsed in Freischütz are eliminated almost completely. Euryanthe is set to music in its entirety, with accompanied recitative passages that are often of great beauty. We may say that in an opera that has many experimental features Weber sought for the first and only time in his life to overcome the traditional dichotomy between spoken and sung parts, between recitative and closed numbers, creating a highly supple musical structure. The present production features a cast of specialists of German opera and the outstanding direction of Pier Luigi Pizzi. 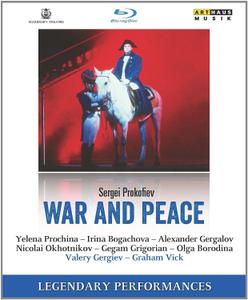 Sergei Prokofiev devoted the last twelve years of his life to War and Peace. He completed the orchestration by April 1942 and the entire score was ready in March 1943. Having completed the first version (containing eleven scenes) unusually quickly, the composer continued working on the opera over the next ten years. The greatest landmark in the stage history of the opera came with the 1991 production at the Mariinsky Theatre, when Prokofiev's complete score was performed for the first time with no cuts. 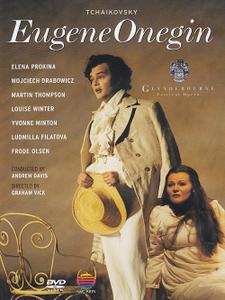 Graham Vick's production of Onegin, conducted by Andrew Davis, was one of Glyndebourne's most memorable achievements of the past 20 years. It was a staging with a wealth of psychological perceptions and beautifully rendered dramatic imagery, all held within the spare framework of Richard Hudson's designs, which still stand up superbly well under the close scrutiny of this video recording taken from performances in 1994.