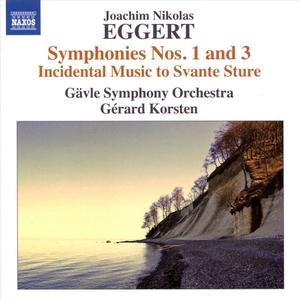 Born on the island of Rügen off Germany’s Baltic coast, Joachim Nikolas Eggert arrived in Sweden in 1803, soon establishing himself as a progressive conductor and introducing Beethoven to Stockholm audiences. Welcomed overwhelmingly on its première, Eggert’s large-scale FirstSymphony hints at Mozart and Haydn but foreshadows Mendelssohn in its wind textures and rich harmonies. The Third Symphony is kaleidoscopic in its moments of light and shade and unusual in its gigantic fugal finale. First of a two-volume set, these two symphonies alone demonstrate that Eggert should be considered one of the more important composers of his era. 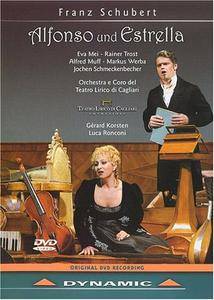 Most of Schubert’s operas were written without a specific commission, in the hope that, once completed, some theatre might find them interesting simply by virtue of their musical value. This unrealistic optimism proved almost always wrong and Schubert suffered bitter disappointments, very often working for nothing. Begun on 20th September 1821, Alfonso und Estrella was completed on 27th February 1822 but was first staged, on the initiative of Franz Liszt, only in 1854, after Schubert’s death. Alfonso und Estrella has the characteristic climate of a romantische Oper. If it is true that Schubert lacks the sense of theatre which is typical of the best operatic composers of his day (for example Weber), the power of his creativity and beauty of many arias cannot be denied. One of the more forward-looking Swedish composers and conductors of his age, Eggert died before achieving wider European recognition and has remained neglected ever since. The Second Symphony evokes moods both stormy and lyrical, revealing a technical brilliance that foreshadows Schubert. The Fourth Symphony reflects the military backdrop to the political unrest of the times, its alternative slow movement being one of Eggert’s most powerful and progressive works. 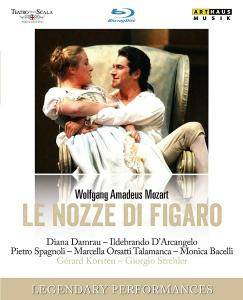 Giorgio Strehler was one of Europe’s most celebrated theatre directors. In his Piccolo Teatro in Milan he created outstanding interpretations of Bertolt Brecht and William Shakespeare. As an opera director he worked at all the major international opera houses, most notably the Teatro alla Scala, Milan, where he was responsible for productions of Verdi’s Simon Boccanegra (1971), Macbeth (1975) and in 1980 for Wolfgang Amadeus Mozart’s Le Nozze di Figaro. This legendary production of Mozart’s masterpiece is now available as a 2006 recording, featuring the wonderful Diana Damrau as Susanna and Ildebrando D’Arcangelo as Figaro.