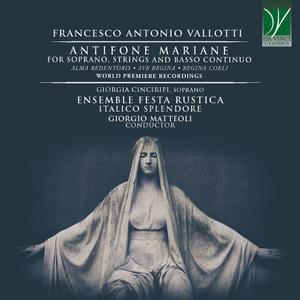 Vallotti and the composition of the Marian Antiphons for soprano, strings and continuo. The idea of exploring Francesco Antonio Vallotti’s works, more than three centuries after his birth, comes from the desire of returning to today’s world a small page of Music History which had hitherto remained unexplored. This will facilitate the rediscovery of a very fecund composer of sacred music, who was for a long time the Chapel Master in the Basilica del Santo in Padua. Vallotti is best known for his theoretical writings, but he was in fact a very productive composer of religious music. His works elicited the interest, admiration and enthusiasm of his contemporaries (and not only of them). However, the short-sighted Caecilian Reform of the late nineteenth century inopportunely stigmatized his music as “Baroque”, and thus worth despising.