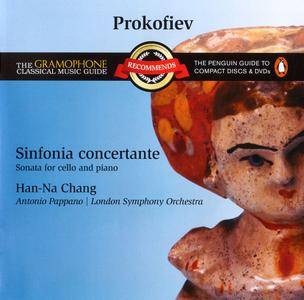 This is a fine recording of two vastly under-appreciated works by young cello virtuoso Han-Na Chang. She has the extraordinary technique to play the excruciatingly difficult cadenza in the central movement of the Sinfonia Concertante and the sustained tone to play the long, lyrical melodies in the opening movement of the cello sonata. Antonio Pappano is a faithful accompanist whether he's directing the London Symphony Orchestra in the Sinfonia Concertante or playing the piano in the cello sonata.