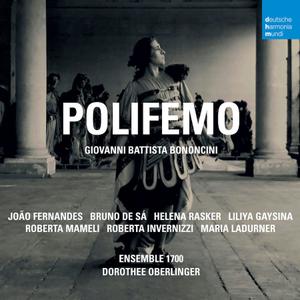 The serenata Polifemo opens with an overture for which Bononcini adopts the formal model of the two-part French ouverture in which a slower section with dotted rhythms is followed by a quicker section often involving fugal textures. Bononcini combines his French model with the Italian concerto principle with its multiple choirs of instruments: here the wind ensemble alternates in the quick section with the strings. Although it is in only one act, Polifemo is made up of no fewer than twenty musical numbers: seventeen arias, two duets and one chorus. With a single exception, these numbers are cast in da capo form. Some have no instrumental prelude, whereas eight end with a postlude described as a “ritornello”, with elaborately worked-out parts for the instrumentalists. These postludes presumably allowed preparations to be made for the following action.