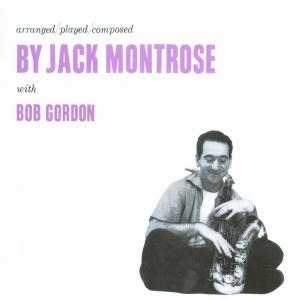 The Koch Jazz reissue Arranged/Played/Composed by Jack Montrose was originally released on Atlantic in 1955. Tenor saxophonist Montrose was from the West Coast school of cool jazz, and was significantly influenced by classical music. On this date he was thinking specifically about utilizing every instrument in structured chamber-esque arrangements. Montrose managed to achieve his goal of leading a swinging improvised jazz session without being restricted by this rigid structure. Baritone saxophonist Bob Gordon, pianist Paul Moer, bassist Red Mitchell, and drummer Shelly Manne run through five Montrose originals coupled with popular songs of the time "When You Wish Upon a Star" and "Have You Met Miss Jones."