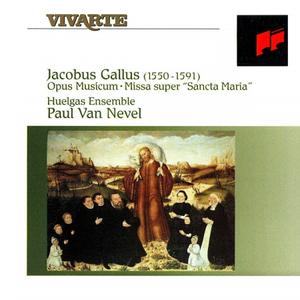 Though born a Slovene, Jacobus Gallus centered his entire work around Vienna, Prague and the diocesan city of Olomouc (Olmutz). The surpris-ing mobility of Gallus's truly Renaissance career shows him as a model of the sixteenth-century composer. Gallus was active at both abbey and court, though at times for only a brief period before moving on: Melk, Brno (Brunn), Wroclaw (Breslau), Legnica (Lieg-nitz), Gorlitz, Zwettl, and elsewhere. Mis cosmopolitan spirit is reflected, moreover, in the numerous variations of his name: Handl, Petelin, Haehn, Handelius, Coq, Kohoutek.