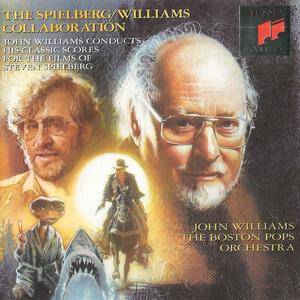 The Spielberg/Williams Collaboration is a 1991 album by John Williams & The Boston Pops Orchestra. It consists of Williams conducting music that were part of films directed by Spielberg, many of which are standards for each generation. This comes from Sony Classical.