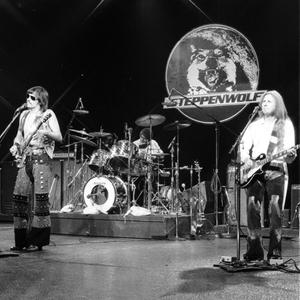 Steppenwolf was a Canadian-American rock band, prominent from 1968 to 1972. The group was formed in late 1967 in Los Angeles by lead singer John Kay, keyboardist Goldy McJohn, and drummer Jerry Edmonton, all formerly of the Canadian band the Sparrows. Guitarist Michael Monarch and bass guitarist Rushton Moreve were recruited via notices placed in Los Angeles-area record and musical instrument stores.