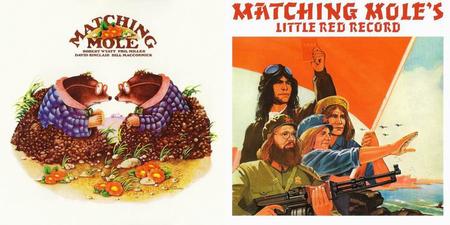 This was a short lived, but essential band in the annals of what's called the Canterbury Sound, created by British progressive ensembles in the late sixties and early seventies. The band was formed when Robert Wyatt was ousted from Soft Machine, which he'd founded in the mid-sixties. "Matching Mole" was a wonderful debut that included tracks such as 'O Caroline', 'Signed Curtain' and 'Part of the Dance'. This edition has been newly remastered from the original master tapes and is expanded to include five previously unreleased studio session alternate takes, the single versions of 'O Caroline' and 'Signed Curtain', along with two BBC Radio One sessions from 1972.ю.