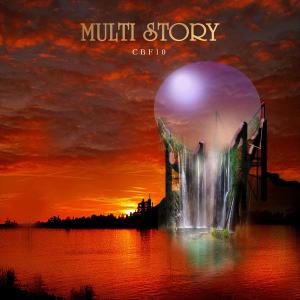 "CBF10" is the 4th studio album by 80s prog band Multi Story.
In 2016 the band released their well received album, "Crimson Stone", and the band openly regarded it as a bridging album between their roots and more contemporary influences.
"CBF10" is Multi Story’s latest studio album and features some very special guests. Some of the songs have drawn juice from the band’s rockier veins yet the album still demonstrates those symphonic touches that Multi Story do so well. Tonny Larsen, from Copenhagen has designed the beautiful and evocative cover artwork and Graeme Bell (Twig) has done a great job with the graphics, additional artwork and package compilation. 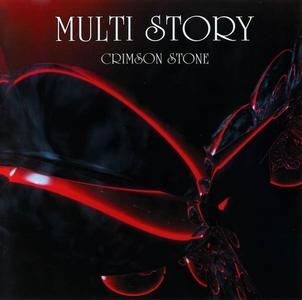 2016 album by 80s prog band Multi Story, their first in 29 years! Crimson Stone has been mastered by Roger King (Steve Hackett Band). Multi Story formed in the early 1980's. Following a session recorded for Tommy Vance's Radio One Rock Show in 1984, the band signed with Heavy Metal Records (the new FM label), and released their debut album East West, recorded in Monmouth's famous Rockfield Studios, in 1985. Two years later, the band subsequently parted company with the FM label by mutual consent. Writing partners Rob Wilsher (founder member and keyboard player) and Paul Ford got the creative juices flowing again and started casually working on new material as a duo. It was reaching completion when Rob met brothers Jordan Neale and Aedan Neale on another music project, which sparked the idea of re-working the material to accommodate a full band and fire the Multi Story machine back into life with a new line up. 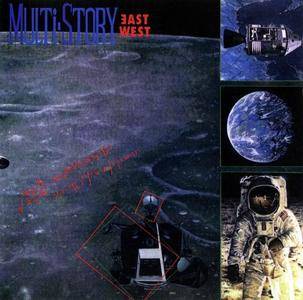 Multi-Story belong to the bands of the new wave of British progressive rock, emerged in early 80's. They were formed in 1981 in Southeast Wales by fellows singer/guitarist Paul Ford and keyboardist Rob Wilsher. With Roger Nasey on bass and Steve Byrne on drums they recorded a 5-song cassette demo and, after several lives and the addition of Andy Carney on lead guitars, they released the demo ''Chimes'' with 7 songs. They managed to attract some record companies with this material and finally signed on FM Records. Several songs from their demos appear in a different form on their debut ''East/West'', released in 1985…