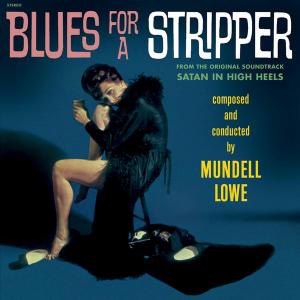 Mundell Lowe's score for the exploitation flick Satan in High Heels is an immensely enjoyable collection of exaggeratedly cinematic jazz. Lowe runs through all sorts of styles, from swinging big band to cool jazz, from laid-back hard-bop to driving bop. He pulls it off because his big band is comprised of musicians as skilled as Oliver Nelson, Al Cohn, Phil Woods, Urbie Green, Joe Newman and Clark Terry. They help give the music the extra kick it needs, and Satan in High Heels winds up as a terrific set of humorous and sleazy, but well-played, mainstream jazz.