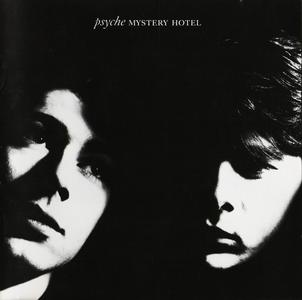 Combining synth-pop and goth rock, Canada's Psyche built a solid fan base in Europe and a cult following in the rest of the world with their marriage of drama and melody. Initially surfacing as a minimal synth act with a bizarre, confrontational stage show, their work gradually became more pop-minded while maintaining a dark, brooding atmosphere. By the end of the '90s, Psyche had fully embraced their danceable side, asserting their status as godfathers of the EBM/futurepop scene.
Following the success of Insomnia Theatre (1985) and Unveiling the Secret (1986), Psyche turned to a classic wave sound on their third and most polished album, Mystery Hotel. While the industrial influence heard on earlier material is less pronounced, Mystery Hotel is in many ways the darkest Psyche album…