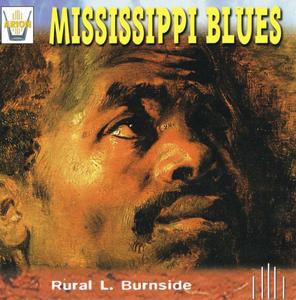 On this recording, Burnside presents the blues in its original and purest form. His music is not very different from the Southern blues of the 1900s. Five songs from this recording, ‘Jumper hanging on the line’, ‘Long-Haired Doney’, ‘Poor Black Mattie’, ‘Catfish Blues’ and ‘Rolling and Tumbling’, are versions of traditional blues pieces that are known to everyone in the State of Mississippi. These songs date from before the blues structures with standardised texts and harmonies; they are close to the ‘hollers’ and the vocal line is supported by the repetition of the musical phrase on the guitar. The other songs are adaptations, by Burnside himself, of hits of the 1950s. Other blues artists from Mississippi and Texas perform these songs: Robert Nighthawk, Lightnin’ Hopkins, Elmore James and John Lee Hooker… 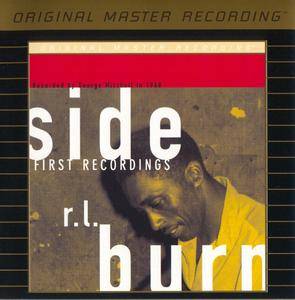 At the time these tracks were cut, 1967 and 1968, R.L. Burnside was working on a plantation in Coldwater, MS, cutting silage. Folklorist George Mitchell was on a mission to record unknown blues singers down South. Mitchell heard about Burnside and paid him a visit, asking if he could record him. That night Mitchell returned to Burnside's place with a case of beer and some whiskey. Ten months later, Burnside had his first release. While these 14 tracks didn't jump start Burnside's career, they are stark, organic, and timeless, just Burnside and his acoustic guitar running down mainly traditional material that he arranged. This is an absolute treasure for Burnside aficionados and casual blues listeners alike.