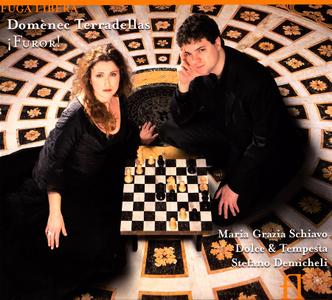 Domènech Terradellas, born in Barcelona in 1713, finished his studies in Naples, with Durante amongst others, and became one of the most popular composers of his time. His operas rivalled those of Handel, Hasse and Jommelli and were to be seen on the major stages of Rome, Naples, Florence,Venice but also London, and his name was revered as a model for good taste by Rousseau and Burney. After his premature death in 1751, the Catalan composer fell into oblivion and it is only recently that first class interpreters have showed an interest in him once again. 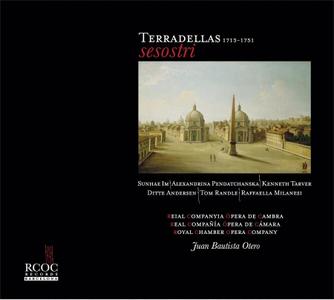 In spite of doom-laden predictions a few years ago that the age of recorded opera was dead, fascinating new discs are being produced, often of obscure rarities – and it would be hard to be more obscure than the operas of Domènec Terradellas, who worked for a while at the King's theatre in London in the mid-1740s but whose music has completely disappeared from view. On the evidence of this lavish and dramatic opera seria for Rome and Barcelona, he was alive to the most modern trends in virtuosic vocal writing without ever quite achieving depth of feeling. Juan Bautista Otero's committed revival with his sparkling Barcelona orchestra includes some dazzling singing, with the honours shared between Alexandrina Pendatchanska's correctvicious Nitocri and Sunhae Im in the title role. 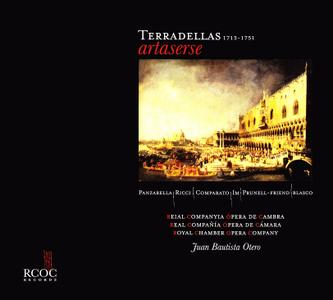 The RCOC is an independent operatic ensemble performing on period instruments, created by the conductor and musicologist Juan Bautista Otero and the stage producer Isidro Olmo. It focuses its activity on the rediscovery of the musical heritage related to Spain and the old Bolurbon kingdoms in Italy during the 18th century, specially concerning the music for the stage of the Neapolitan operatic masters as David Pérez, Domingo Terradellas, Domenico Scarlatti, Mariana Martínez or Martín y Soler as commissioned by the great castrato Farinelli. This is clearly a project close to Juan Bautista Otero's heart, and one that he has been associated with since 1998.