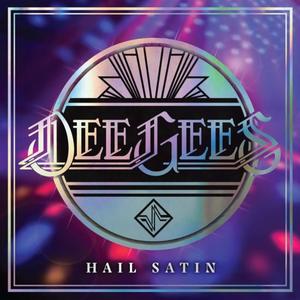 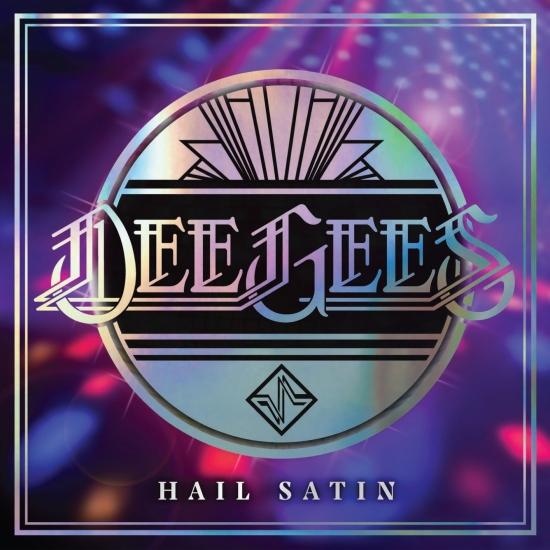 Fresh off the release of Medicine At Midnight earlier this year, Foo Fighters have announced their next studio effort. However, the band’s 11th album won’t be another bevy of alt-rock tunes, instead, the Dave Grohl-led outfit will take a hard detour into the world of disco. The next album by the Foo Fighters will come in the form of a Bee Gees cover album entitled Hail Satin and released under the monicker Dee Gees.

Announced on Friday, Hail Satin isn’t as out of the blue as it may seem on the surface. Grohl, a true renaissance man, has professed his love for the Gibb brothers in past, with the band recently covering the #1 hit “You Should Be Dancing” from the Saturday Night Fever soundtrack on BBC Radio 2. During that appearance, Grohl even made cryptic nods to this latest endeavor the band has announced.

When host Jo Whiley joked that Grohl would have to don his falsetto at future Foo Fighters concerts, Grohl let out a bit of line by saying, “Well, listen, just so you know, we have a plan. I’m just telling you that there is a plan, I’m not telling you what that plan might be.”

Hail Satin will feature covers of “You Should Be Dancing”, “Shadow Dancing”, “Night Fever”, “Tragedy”, and “More Than A Woman” on the A side. On the B side, however, Dee Gees will revert back to Foo Fighters and provide recent live versions of five Medicine at Midnight tracks, “Making A Fire”, “Shame Shame”, “Waiting On A War”, “No Son Of Mine”, “Cloudspotter”. Referring to the disco-coated side of Hail Satin, the band advised “For optimal results listen with exposed chest hair and little gold spoon necklace (If you know, you know…).”

While the three musicians obviously share a musical history, these sessions are far from some Nirvana reunion nostalgia act.

“And we don’t like run through a big old Nirvana setlist, but we do like to fool around and sometimes as we’re fooling around, songs happen,” Grohl said. “And you know, if we’re in a studio we’ll record them. So we’ve recorded some stuff that’s really cool, but we’ve never done anything with it. But to us, I think, to us, it’s… it’s more just like friends, jamming around, it doesn’t really seem like any sort of like big official reunion or anything.”

Grohl also went ahead and offered the disclaimer that these jam sessions are unlikely to ever be released, which itself is what makes the process so enjoyable.

“We kind of record these instrumentals and, and just mess around. It’s very casual,” Grohl said. “There’s no pressure on us to do something that the world will have to hear. It’s more really just for fun, and a lot of it’s really cool, you know? It reminds you that, that when the three of us get together in a room and start playing, it sounds like it did. It sounds like it used to. When we put the three of us in a room and it makes that noise, it still does.”