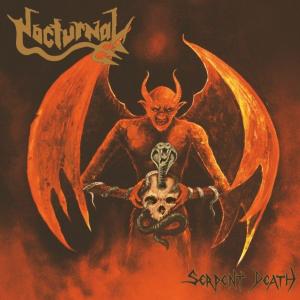 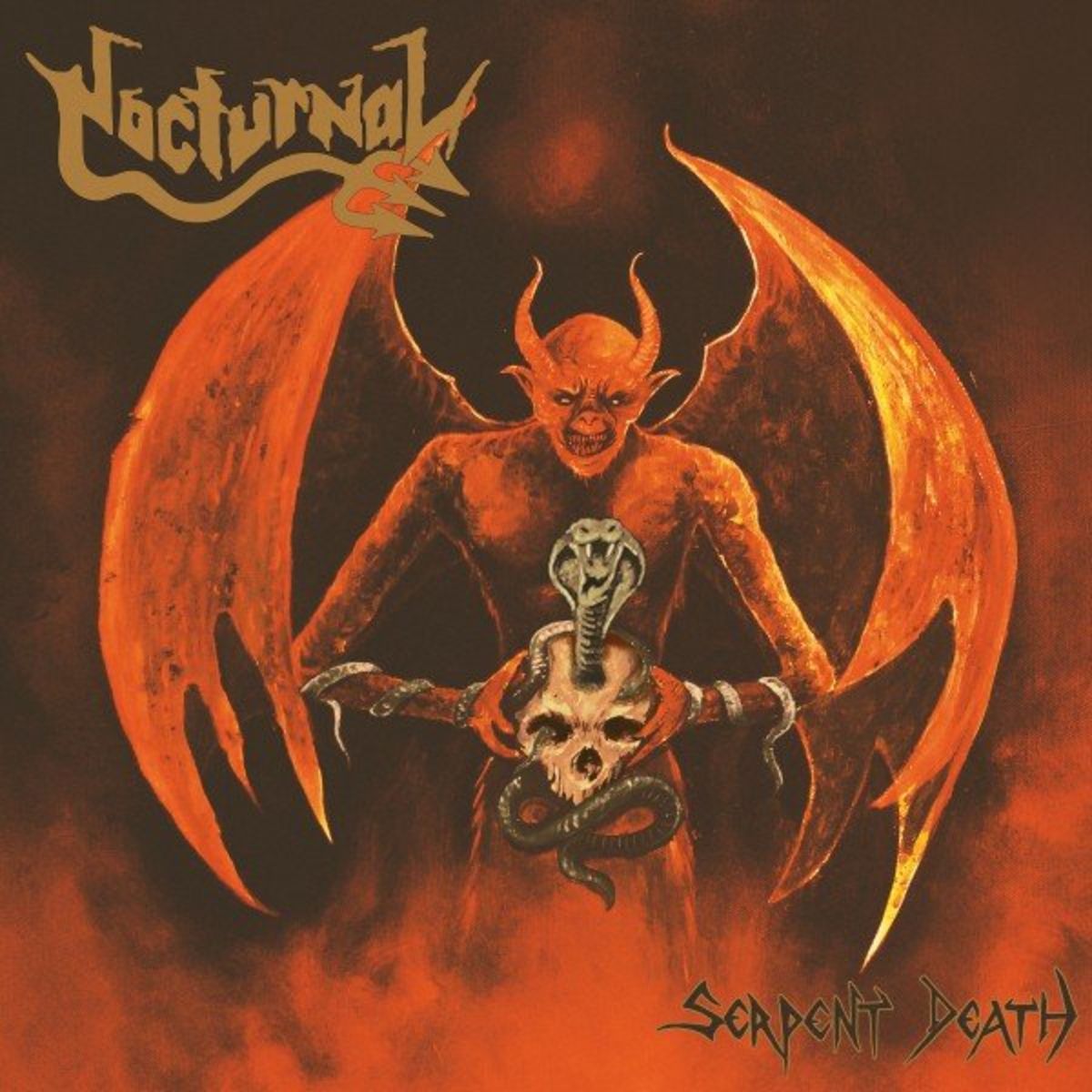 DYING VICTIMS PRODUCTIONS is proud to present the long-awaited fourth album of Germany’s NOCTURNAL, Serpent Death.As aptly titled as any NOCTURNAL full-length so far, Serpent Death slithers and strikes with a venomous menace. Arguably the band’s best-produced as well as best-played record to date, Serpent Death loses not an ounce of power and poignancy; if anything, NOCTURNAL sound more energetic than ever, revitalized and ripping and defying their seemingly advanced age. Whereas the preceding Storming Evil perhaps leaned too much on the cleaner side of things, Serpent Death is robustly analog, flexing both muscle and clarity, all while remaining steadfastly analog. Further, there’s more (but subtle) twists in the songwriting and dynamics, evincing an ageless metal wisdom whilst not sacrificing any urgency in the process. Avenger, as always, is an absolute riff-machine, firing off memorable lines right and left, but he’s more-than-ably backed up by a blood-red-vital rhythm section in bassist Incinerator and drummer John Berry. New vocalist Invoker has a rougher and more hollering voice, perfectly suited for these classic metal-inclined tunes. So, less “sharp” pure thrash and more “warmer” traditional metal: it’s a trade-off that pays in spades on Serpent Death. Timeless, eternal, both behind the times and ahead of ‘em – there’s few bands with a body of work quite like NOCTURNAL. Even if it’s another five-plus years between albums, Serpent Death handily satisfies with a sound that’s so old, it’s new!