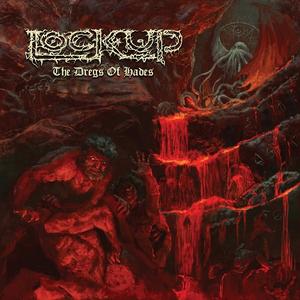 The sound of veteran brutality enthusiasts letting rip like there’s no tomorrow. LOCK UP new album is a new era of celebratory sonic destruction ! This is Grindcore supremacy ! 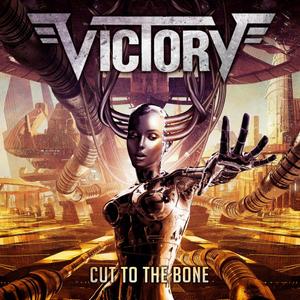 Victory issue their long-awaited 11th full-length studio album Gods Of Tomorrow on November 26th, 2021 through AFM Records. Guitarist Herman Frank commented: “An infinitely exciting and turbulent journey makes a stopover with the new Victory album Gods Of Tomorrow. But the whole story is far from being told yet…” Gods Of Tomorrow was mixed by Arne Neurand at Horus Sound Studio in Hannover, while mastering duties fell to Robin Schmidt at 24-96 Mastering in Karlsruhe, Germany. 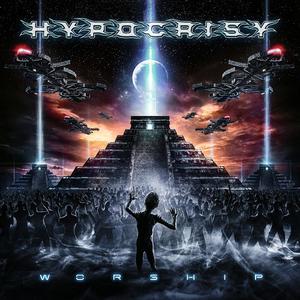 It has been 8 long years since the last record, and HYPOCRISY fans can feel the itch. WORSHIP is 11 tracks of precise, ferocious musicianship. Commonly inspired by the fusion of the modern and the ancient, HYPOCRISY has once more found a way to combine innovative ideas with classic sound in order to deliver something metalheads can enjoyably consume with awe and brutal vigor. As usual, all recording and mixing took place at Tägtgren’s Abyss Studio AB in Sweden while mastering was completed by Svante Forsbäck at Chartmakers Audio Mastering. Designed by artist Blake Armstrong (KATAKLYSM, IN FLAMES, CARNIFEX, etc.), WORSHIP’s artwork speaks to the history of the relationship between humanity and extraterrestrials. 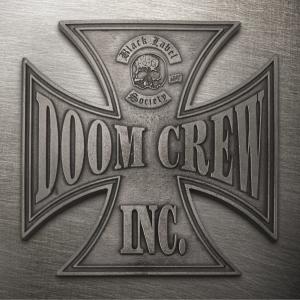 Black Label Society announced their 11th studio album, Doom Crew Inc., out November 26. The 12-track album is both a tribute to the band’s “first to bleed, last to leave” road crew and a salute to the legion whose support, stretching back to 1998, rivals that of the KISS Army. The stomping, heavy, bluesy, recklessly unhinged hard-rock-metal quartet are part invading horde, and part traveling carnival – summoning caffeine-fuelled cacophony on records and the stage. 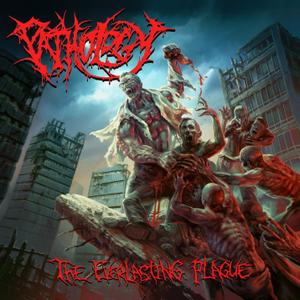 Gore fueled death metallers PATHOLOGY return with their 11th studio album The Everlasting Plague which will be released on November 19th via Nuclear Blast. Recently signed to Nuclear Blast Records, the band is charged with a violent hunger to return to the road, and unleash their latest monstrous music to the masses. The Everlasting Plague was recorded earlier this year at Sharkbite Studios. The album was produced by Zack Ohren who also handled engineering and mixing. The demented priest sometimes seen gracing the cover of other PATHOLOGY albums makes a reappearance here as an apex zombie ripping the flesh from his fellow dead man as he ascends to the top of a demolished city. Long-time artist companion Par Olofsson returned to the PATHOLOGY fold to design the piece. 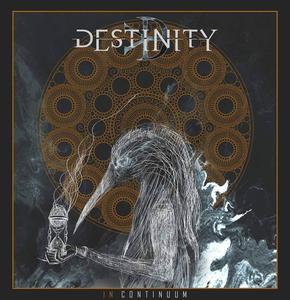 With just a few notes into this new album we find DESTINITY continuing in the steps of their latest release “Resolve in Crimson” with their unique breed of Melodic Death Metal combining deep growls, punchy riffs, catchy melodies and powerful orchestration that has been the band’s trademark sound throughout the years. A continuity but not a remake ! In Continuum must be the band’s most sophisticated release to date. Next to blasting drums, frenzied tremolo picking and guttural vocals come ambient sections giving space to rich orchestrations and lush harmonies weaving a somber and brooding atmosphere. Each song depicts a sonic landscape that will take the listener to unexpected places that are surprising yet always coherent, making you want to continue to hear what comes next. “In Continuum” released worldwide on Friday 15th October 2022 through Crimson Productions/Season of Mist. Recommended if you like: INSOMNIUM, DARK TRANQUILLITY, AMON AMARTH, MORS PRINCIPIUM EST… 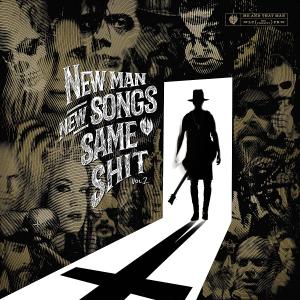 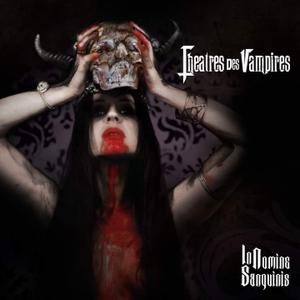 Horror metal veterans Theatres Des Vampires are back with their long-waited new album ‘In Nomine Sanguinis’. Theatres Des Vampires return to the scene of the crime with an extraordinary effort: stylish cinematic and horror orchestrations, smart dark electro sounds and lush catchy/poppy vocal lines will resonate in your head through all these meticulously crafted ten new songs. ‘In Nomine Sanguinis’ combines the sensual touch of the Italian band with renowned songwriting brilliance and elegance, shaping the ultimate gothic metal pinnacle. Some of the intriguing lyrics conceived by leader and frontwoman Sonya Scarlet have roots in decadent romantic literature such as Goethe’s ‘The Bride of Corinth’ and Francis Marion Crawford’s ‘For the Blood Is the Life’; others represent a descent into the abyss of the human soul and the very esoteric nature of life. Overall, ‘In Nomine Sanguinis’ is the quintessential modern vampiric manifesto. 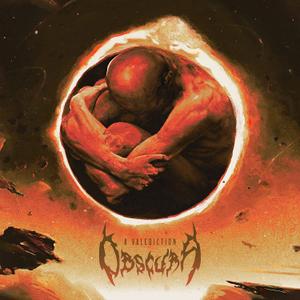 German tech death institution Obscura has returned and is ready to start a new chapter in their prolific career accompanied by their new label, Nuclear Blast Records. A Valediction, their sixth full-length record, explores the concept of final farewells while ushering in a fresh start for the lightning fast quartet. 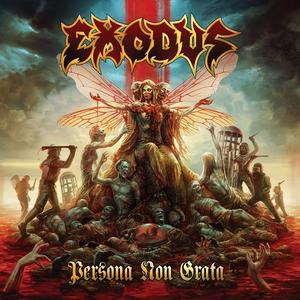 Exodus have officially returned with their first new album in seven years, “Persona Non Grata.” The record, which will be available tomorrow (November 19), offers a full-on thrash attack that is sure to satisfy fans old and new. The effort is chock-full of riffy and shredding guitar work mixed with the kind of blistering vocals one would expect from the band. As one navigates the album, it is clear to see that the group have stayed true to the sound that made them a household name in the Bay Area. All in all, “Persona Non Grata” is a solid record from a band that has been killing it for four decades. There are some parts where the fat could have been trimmed a little bit to make for a more concise piece of work, but other than that it is exactly what fans have been clamoring for, a pure display of classic thrash metal. 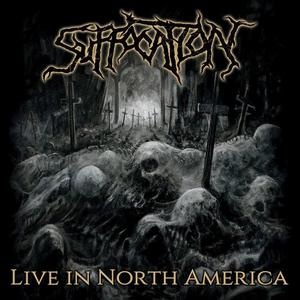 Titled Live In North America, the upcoming album from the pioneering death metal band captures the last performances from original vocalist Frank Mullen during his last North American tour. The live album was mixed and mastered by Christian Donaldson [BEYOND CREATION, CRYPTOPSY] and the release plays like a ‘best of’, and intends to be the perfect farewell to one of the most influential singers in extreme music. The artwork for the album was created by Jon Zig. 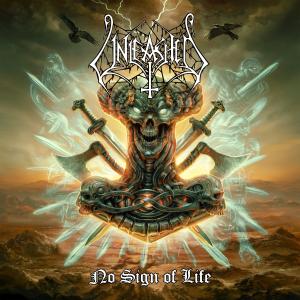 Swedish Death Metal Legends UNLEASHED are back to defend their throne! With the release of their 14th full length studio album No Sign Of Life on November 12 2021, the Death Metal pioneers that influenced a whole musical genre deliver another work of sheer brutality. 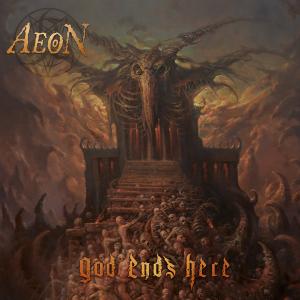 With 2012's "Aeons Black" standing as one of the defining death metal albums of the twenty-first century it has been a long wait for the follow up. In 2021, Sweden's Aeon finally return with its successor, "God Ends Here", and in doing so only up the ante with a record that is bigger, harder and stronger in every way. "I wasn't feeling any pressure after such a gap, we don't do shit half assed and I feel like this is our strongest album yet," states guitarist Zeb Nilsson. A darker, even more epic collection, it is everything an Aeon fan could want with a few surprises in store, pushing the genre in new directions and once again asserting that they are one of the most important bands in extreme metal. 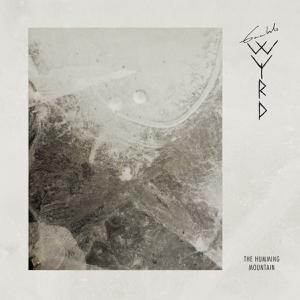 Gaahls WYRD, the eponymous brainchild of one of black metal’s most iconic and enigmatic figures, has returned with a hypnotic new EP! ‘The Humming Mountain’ follows the band’s critically-acclaimed debut album, ‘GastiR – Ghosts Invited,’ and sees the latest evolution of the esoteric dark metal project’s sound. The five song offering creeps in like a whispering demon, slowly entrancing the listener with its deep, dark gaze before it sinks its teeth in and drags you into the all-consuming abyss. 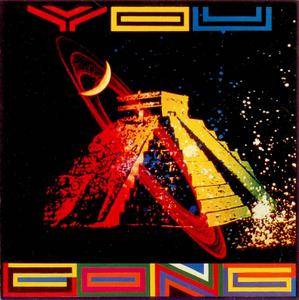