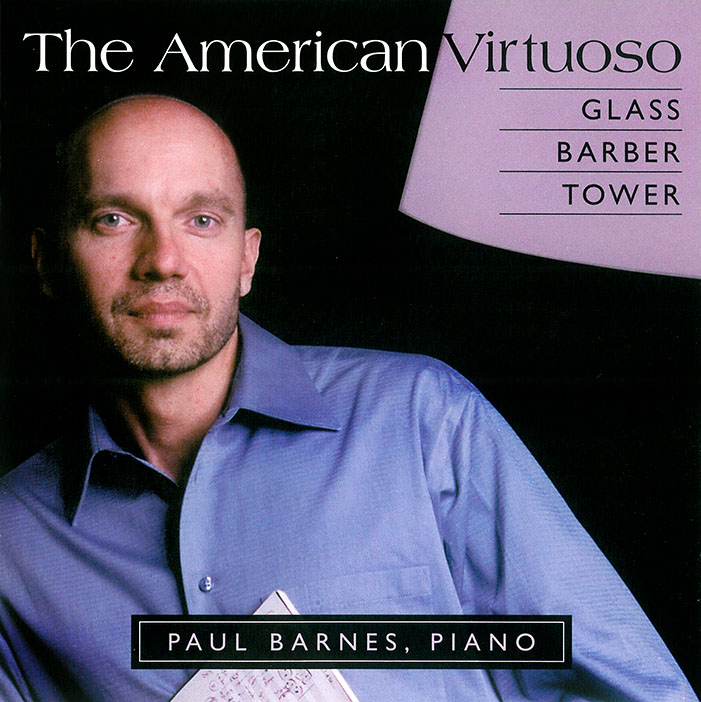 The American Virtuoso presents a recital by American pianist Paul Barnes. His third release for Orange Mountain Music, it features piano music by American composers including the world premiere recording of Barnes' transcription of Philip Glass's Piano Concerto No 2 'After Lewis and Clark' - the full version of which he also premiered on OMM in 2006 with the Northwest Chamber Orchestra under Ralf Gothóni. The focus of this first-rate solo recording are Samuel Barber's landmark "Sonata for piano" of 1950, described by Vladimir Horowitz as "the first truly great native work in the form", and his haunting "Ballade" and "Nocturne". And it ends with two colourful contrasting pieces from the mid-1990s by Joan Tower from "No Longer Very Clear", inspired by John Ashberry's eponymous poem.

Glass's Piano Concerto No2 was written to celebrate the 200th anniversary of explorers Lewis and Clark's journey across the American continent. A fortuitous meeting between Barnes and Glass on an airplane in 1995 led to this concerto, eventually composed after OMM's acclaimed 2003 release of the pianist's transcriptions of Glass operas. The opening movement, The Vision, is described by Glass as a "musical steamroller" and depicts the tremendous resolve and energy required by Lewis and Clark for their extraordinary expedition, while the final movement, The Land, is an expansive theme and variations reflecting the great vastness of the land they explored. In between comes the intimate Sacagawea, featuring a traditional Shoshone Indian theme.

Praised by the New York Times for his "Lisztian thunder and deft fluidity" and the San Francisco Chronicle as "ferociously virtuosic," Paul Barnes has electrified audiences with his intensely expressive playing. The Boston Globe praised his playing of the Glass concerto as "strong and sympathetic" while Gramophone remarked that the CD was "certainly one of the most enjoyable recent releases of Glass's music…Paul Barnes is a shining soloist". A renowned player, teacher and lecturer, with particular interests in minimalism and Liszt, he has recently performed in Shanghai, Seoul, Vienna, Moscow, St Petersburg, Greece, Serbia, Minsk, Budapest and in most major US cities.

The jury is still out on Philip Glass' transformation of minimalism into a radically populist language, but his later works continue to be widely performed, and, perhaps more important, to inspire innovative programming strategies. This disc by American pianist and Glass specialist Paul Barnes, released on the Glass-oriented Orange Mountain Music label, avoids the tendency to program Glass with his fellow minimalists. Instead he is juxtaposed with two very different composers, neither of whom has much to do with minimalism – and it turns out that he fits quite well with both. The opening work, Glass' Piano Concerto No. 2 (After Lewis and Clark), has been transcribed for solo piano by Barnes himself. The transcription arguably improves the work, adding a layer of contrasts to the splashy, high-energy tonal color fields of its outer movements. But the real news is that the program places Glass more firmly within the American tradition. Barnes moves smoothly from Glass to the music of twentieth century American music's great conservative, Samuel Barber, with muscular performances of two short pieces and the Beethovenian Piano Sonata, Op. 26; he emphasizes the big blocks of sound in Barber's music and seems to suggest that Barber avoided atavism through an injection of the kind of pure kinetic force that would eventually fascinate Glass. The finale, consisting of a pair of short pieces by Joan Tower, goes in a different direction, focusing on the fact that Tower and Glass share a predilection for the use of small musical cells and a liking for organic metaphors, even if their attitudes toward simplicity and complexity are very different. More broadly, Barnes' disc is one of a group of recent releases that attempts to imagine programs of contemporary, and often specifically contemporary American, music that would please general classical audiences anywhere, something that is more likely to be achieved through imaginative retrospectives that make sense than by wholesale attempts to invent a new musical language. Barnes' big, Lisztian sound adds something to the proceedings on its own. Especially recommended not only to Glass fans, but also to those involved in any way with concert programming, and not only for the piano. 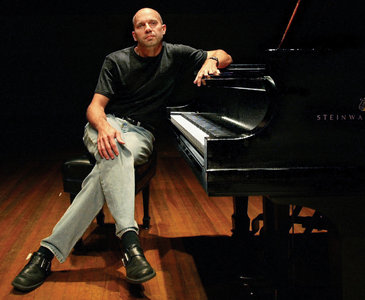 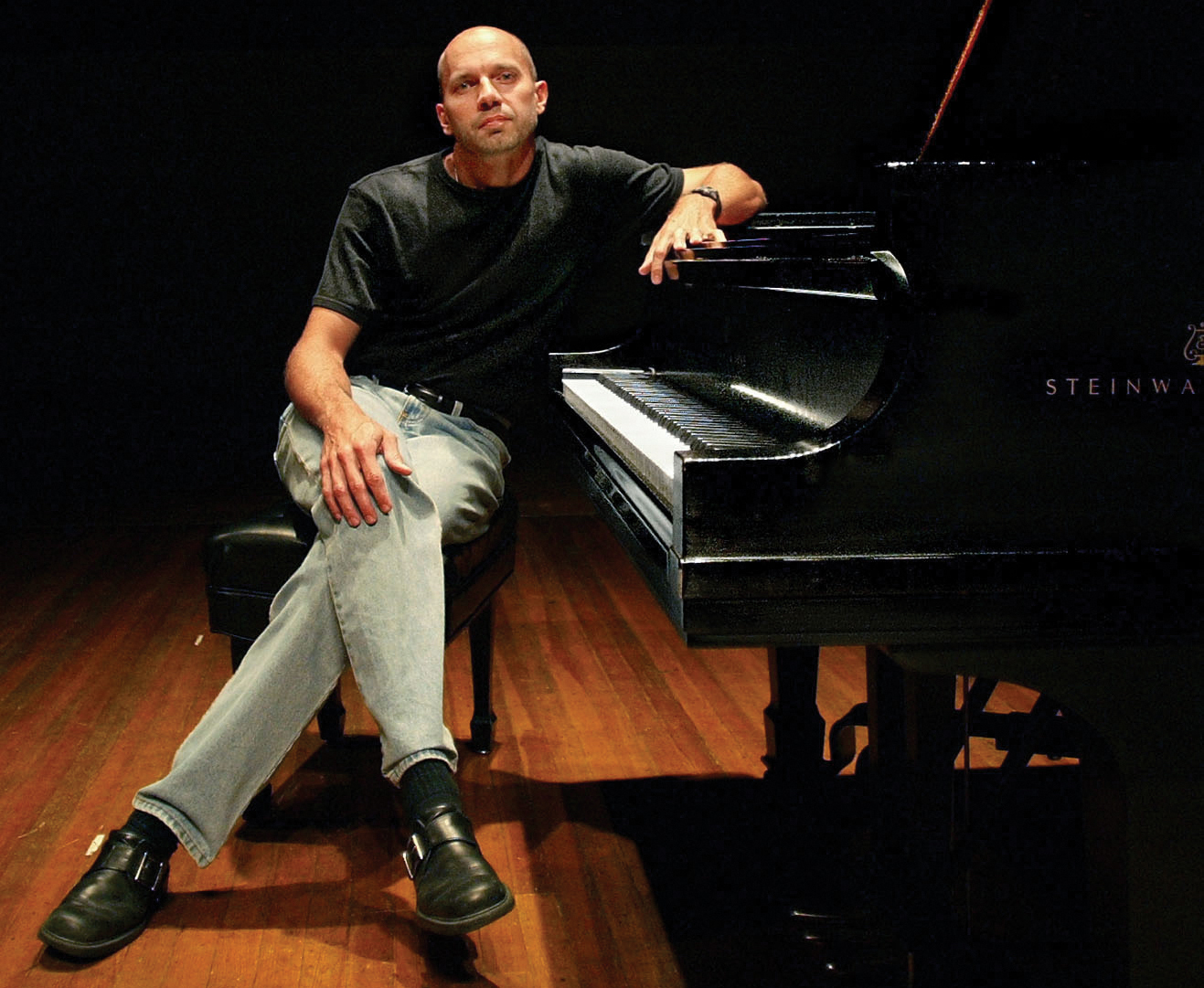 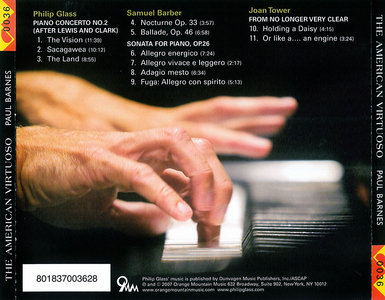 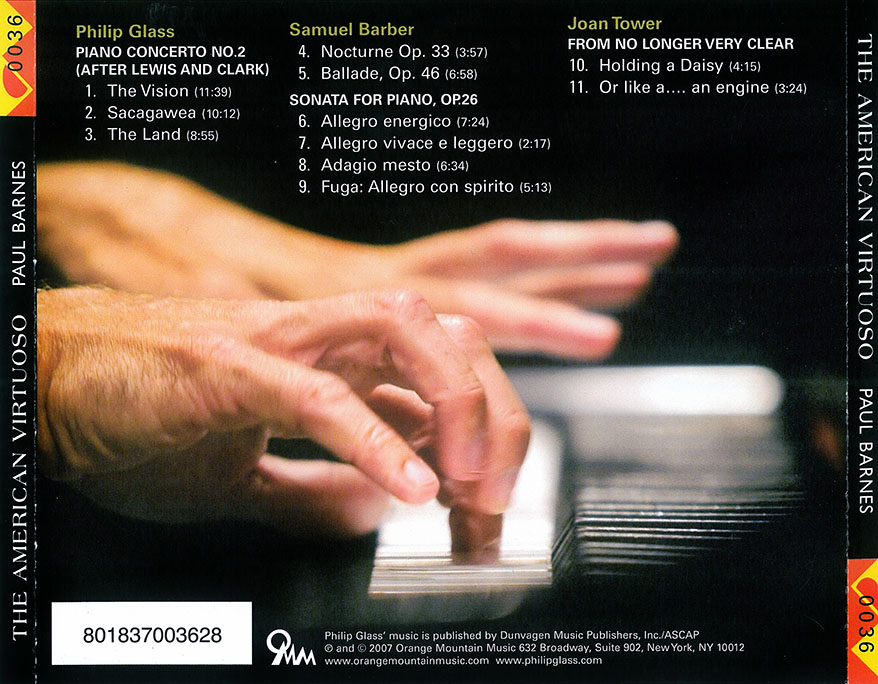