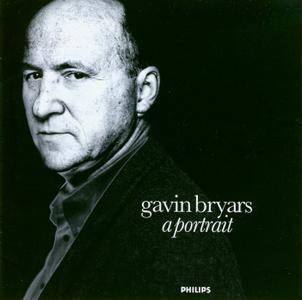 Philips's collection of major works that have propelled Gavin Bryars to New Music stardom is an effective overview of his music. The longest work is his Cello Concerto, handsomely played by Julian Lloyd Webber with a big, colorful tone and sustained intensity throughout its contemplative half-hour. A comparable mood pervades the bright tintinnabulating textures of the whimsically titled One Last Bar, Then Joe Can Sing. Similar as well, in their attractive serenity and suppressed sadness, are many of the other works here, prime among them the viola concerto in all but name, The North Shore, a tone painting of the rugged cliffs of northeast England. Adnan Songbook, settings of six poems by Lebanese poet Etel Adnan, are beautifully sung by soprano Valerie Anderson and delicately scored for a small ensemble. Bryars's biggest hits, The Sinking of the Titanic and Jesus' Blood Never Failed Me Yet, have inspired him to numerous reworkings and capsuled fragments. They're represented by Titanic Lament, depicting a hymn tune dissolving into gray, watery textures, and two very different four-minute versions of Jesus' Blood, both with Tom Waits. 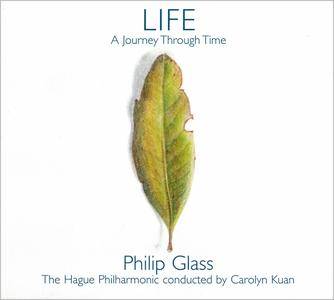 Orange Mountain is proud to announce the release of the world premiere recording of LIFE - A Journey Through Time with The Hague Philharmonic under the direction of Carolyn Kuan. Commissioned by the Cabrillo Festival of Contemporary Music and conceived of by nature photographer Frans Lanting, LIFE: A Journey Through Time is a multimedia experience with images by Lanting and music by Philip Glass that showcases the wonders of the natural world. The hour-long score is cast in seven movements and was drawn from previously existing music in the Glass catalogue from a variety of sources, orchestrated for the first time by Michael Riesman. Since its premiere in 2006, LIFE has been performed dozens of times including in an abbreviated version, ORIGINS, at the inauguration of the Large Hadron Collider in Switzerland for an audience of international dignitaries. 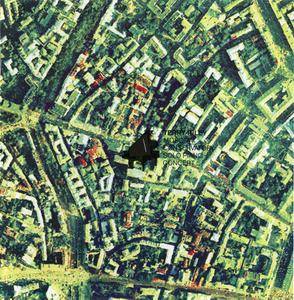 Terry Riley - Moscow Conservatory Solo Piano Concert (2001)
EAC | FLAC | Tracks (Cue&Log) ~ 243 Mb | Mp3 (CBR320) ~ 184 Mb | Scans included | 01:13:32
Contemporary Classical, Minimalism, Free Improvisation | Label: Long Arms | # CDLA 01032
Solo piano works, recorded live in Moscow Conservatory on April 18th, 2000. Russian-only release on the Long Arms label. Pieces include: 'Arica', 'Havana Man', 'Negro Hall', 'The Ecstasy', 'Missigono', 'Requiem For Wally'. "The following pieces appear without any editing of the performance. Large sections of these pieces are improvised and I have attempted to preserve the spontaneity of this special evening by presenting my first concert in Moscow exactly as it was played. I hope in some way my offering of this evenings music reflects the deep respect I hold for the great musical traditions of Russia and the Masters who have reached for the stars before me with their awesome genius."– Terry Riley.
Terry Riley Contemporary Classical Minimalism Free Improvisation Classical Lossless FLAC mp3
Details 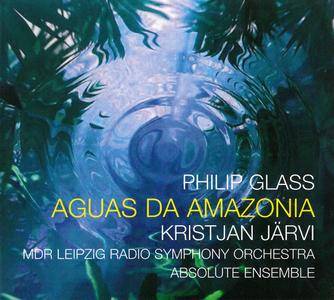 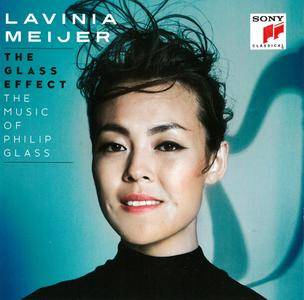 An album the majority of whose contents consists of harp arrangements of music by Philip Glass might seem a bit arcane for a major label, but it seems that Sony knows what it is doing here. The Glass Effect double album is one of those releases that succeed on two different levels, an explicit one and one that, although not mentioned, is perhaps even more important. The former level here is the one denoted by the title, as Meijer picks up the rather neglected theme of Philip Glass' influence by offering, on disc two, a group of works by younger composers who follow Glass in varying degrees but who, it's safe to say, wouldn't have the styles they do without Glass having gone before. Much of the album consists of arrangements by Meijer herself, and these include, at the end, a remix of music from Koyaanisqatsi that's delightful and would be spoiled by description. But there's also solo harp music: sample the Suite for Harp by progressive rock musician Bryce Dessner, who certainly seems to have absorbed Glass' style far enough to make it his own. 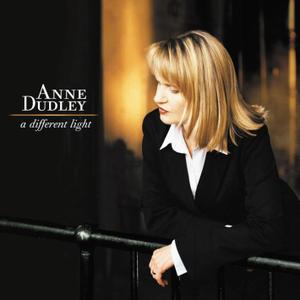 A Different Light is a look back at the career of Art of Noise member and soundtrack composer Anne Dudley. Although the album features songs from her most successful compositions, Dudley reworks them to create new pieces for her second solo album. 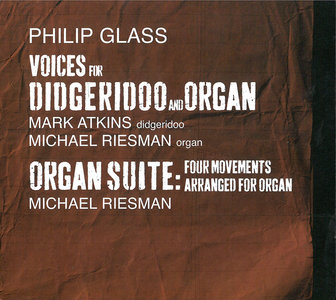 The origins of Philip Glass' Voices, for didgeridoo and organ was specific: a commission from the city of Melbourne, Australia, in 2001. Yet the instrumental combination works so well that it seems almost foreordained, and Glass went on to write further music for the soloist here, Mark Atkins. In this performance, the didgeridoo and organ tracks were recorded separately, in Australia and upstate New York, respectively, and in Glass' metronomic world this works well enough. Yet one hopes that this release on Glass' Orange Mountain Music label is enough to spur future live performances with both players in the same room. The addition of the didgeridoo to the relatively homogeneous texture of Glass' organ writing is dramatic, but it doesn't disturb the basic shifting fields of the composer's music. It just deepens their color and variety in an immensely attractive way. 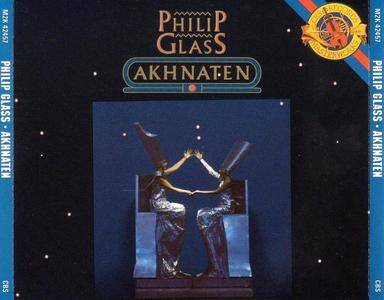 The third in the Glass’ trilogy of operas about men who changed the world in which they lived through the power of their ideas, “Akhnaten”‘s subject is religion. The Pharaoh Akhnaten was the first monotheist in recorded story, and his substitution of a one-god religion for the multi-god worship in use when he came to power was responsible for his violent overthrow. The opera describes the rise, reign, and fall of Akhnaten in a series of tableaus. Libretto (Egyptian, Arcadian, Hebrew, and language of the audience) by the composer in association with Shalom Goldman, Robert Israel and Richard Riddell. Vocal text drawn from original sources by Shalom Goldman. 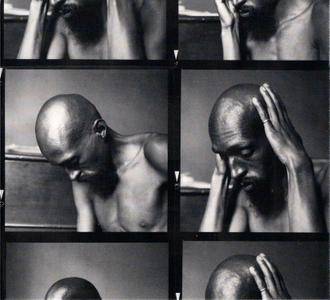 S.E.M. Ensemble - Julius Eastman: Femenine (2016)
EAC | FLAC | Image (Cue&Log) ~ 451 Mb | Mp3 (CBR320) ~ 172 Mb | Scans included
Contemporary Classical, Minimalism | Label: frozen reeds | # fr6 | Time: 01:12:35
This is the première release of Julius Eastman’s Femenine, for chamber ensemble. It is also the work’s only known recording, documenting a 1974 performance by the S.E.M. Ensemble (with the composer on piano) which has lain unheard for decades. The music of Julius Eastman (1940-1990) is enjoying an on-going period of rediscovery. Known best in the past for his work with figures like Peter Maxwell Davies, Arthur Russell and Meredith Monk, today his own formidable compositions draw increasing admiration. Joyous, insistent, and immersive, Femenine bathes the listener in surges of tonal colour from intertwining winds, piano, violin, pitched percussion, synthesizer and – uniquely – the composer’s own invention of mechanised sleigh bells, which provide the 72-minute piece with its characteristic pulse. Illuminating sleeve notes are provided by composer and author Mary Jane Leach, who is co-editor of Gay Guerrilla, the recently released collection of essays on Eastman’s life and music.
Contemporary Classical FLAC Julius Eastman Lossless Minimalism mp3
Details 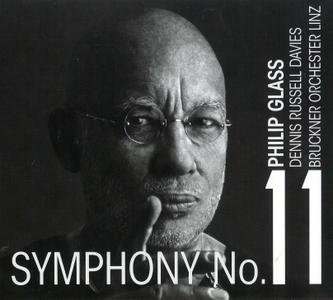 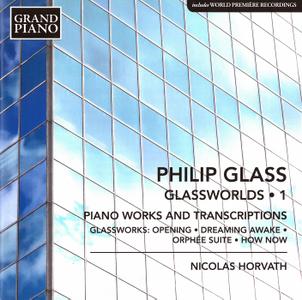 Nicolas Horvath - Philip Glass: Glassworlds, Vol. 1 - Piano Works and Transcriptions (2015)
Opening; Orphee Suite (arr. P. Barnes for piano); Dreaming Awake; How Now
EAC | FLAC | Image (Cue&Log) ~ 285 Mb | Mp3 (CBR320) ~ 181 Mb | Scans ~ 26 Mb
Genre: Classical, Minimalism | Label: Grand Piano | # GP677 | Time: 01:18:58
Philip Glass has made an immense and stylistically wide-ranging contribution to piano repertoire. The Orphée Suite, a transcription of excerpts from the first opera in Glass’ Cocteau Trilogy, is one of his most distinctive piano pieces, blending virtuosity and melodic richness. In contrast, the hypnotic How Now is structurally influenced by Indian ragas and gamelan music, whilst Dreaming Awake contains one of the most powerful climaxes in all Glass’ works. Performed by Nicolas Horvath, a Scriabin Competition first prizewinner, this is the first release in the complete Glass solo piano edition which will include many premières.
Nicolas Horvath Philip Glass Classical Minimalism Lossless FLAC mp3
Details 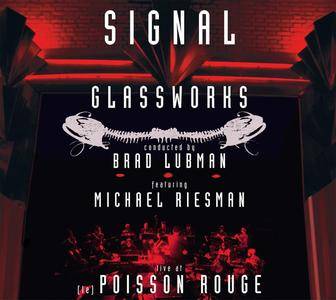 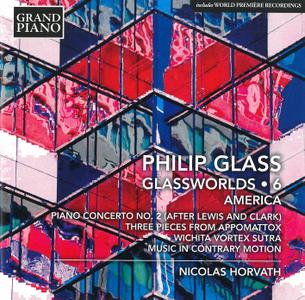