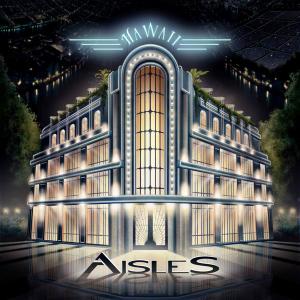 With three studio albums and a career spanning eleven years, Aisles have become one of South America’s most acclaimed prog acts of the last decade. Their fourth album, ‘Hawaii’ was released on July 29th, 2016 through Presagio Records. In November 2015 they went to a local beach house, spent a week together, writing music the whole time. It must have been an amazing experience for them, with the final result of this successful double CD. Obviously designed as a concept album "all the music was written with our hearts and minds, set on the idea of these human colonies - a small group of people who are able to preserve some of the heritage of mankind after earth is destroyed".