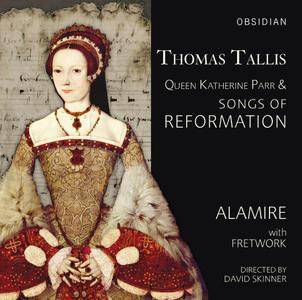 English composer Thomas Tallis witnessed dramatic changes of religion under four monarchs, and his career accordingly represents the development of polyphonic church music in Renaissance England. Along with his student and fellow Roman Catholic, William Byrd, Tallis was one of the earliest composers to publish music under royal patent in England, and his works demonstrated the shifting doctrines and styles of liturgy in the reigns of Henry VIII, Edward VI, Mary I, and Elizabeth I. This 2017 Obsidian release features one piece with a text by Henry VIII's sixth and last wife, Katherine Parr, which gives the album its title, though the mix of Roman Catholic and Anglican pieces on the program suggests that "songs of Reformation" may be seen as one-sided. In any case, the performances by the vocal ensemble Alamire and the viol consort Fretwork put the emphasis on Tallis and his varied output, rather than on the theological preferences of royalty. The result is a well-balanced portrait of Tallis, and his choral music is given transparent textures and clear diction by the 14-voice choir, which maintains independence of parts while offering an evenly blended tone. 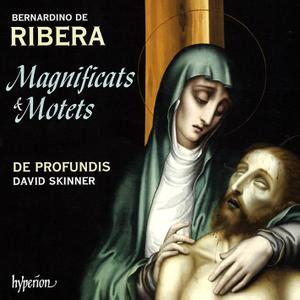 The Bernardino de Ribera whose works are recorded here, all but one for the first time, is all but unknown; he is not to be confused with the Spanish-Mexican composer Bernardino de Ribera Sahagún. He was active in the city of Toledo, Spain, a generation before Tomás Luis de Victoria, whom he taught and influenced. His obscurity is due to vandalism rather than to any issue of musical quality: the splendid manuscript that forms the main source for his music was cut up by someone who wanted the illuminations, and on the reverse of those were many sections of Ribera's works.