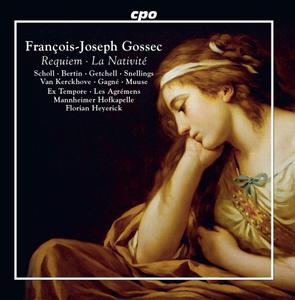 François-Joseph Gossec was doubtless one of the most prominent French composers of the eighteenth century and wrote works representing almost all the musical forms and genres. Our recording of his symphonic music has just been awarded an Opus Klassik 2020, and now we would like to share some of his magnificent vocal works with you - since his oratorios and truly amazing Messe des Morts also made him a trailblazing figure. La Nativite to a text by Gossec’s contemporary Michel Paul Guy de Chabanon is his most famous oratorio. It was premiered on Christmas Eve in 1774 and went on to be performed no fewer than nine times in the Concert Spirituel. 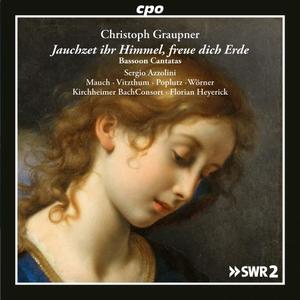 During the eighteenth century the knowledge that the bassoon could very well rise up to the virtuosic spheres was reserved for only rather small circles of hearers. In April 1736 a new bassoon star in the person of Johann Christian Klotsch came from Zerbst to Darmstadt. Christoph Graupner must have been extremely delighted to work with this talented musician; Klotsch had only recently been under contract in Darmstadt when he was given multiple opportunities to demonstrate his bassoonist’s skill in the Sunday cantatas. Since Graupner loved to experiment with innovative tone colors, he increasingly placed the bassoon in the spotlight in his cantatas. This development reached its height in 1741 with bassoon parts of concerto character in sixteen different cantatas. 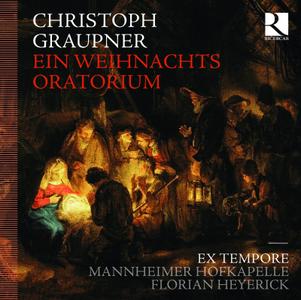 Director of music to the Darmstadt court, Graupner's output almost equalled that of Telemann and certainly surpassed that of J.S. Bach: he composed a number of operas, many concertos and orchestral suites, chamber music, keyboard works and more than 1400 church cantatas. Almost the entire body of Graupner’s work has survived in autograph but hardly any of his compositions were published during his lifetime or afterwards. Fortunately they were not burnt after his death as he himself wished, but were the subject of a legal dispute between the landgrave and Graupner’s heirs. Thanks to this the complete archive was taken to a place outside the city and thus spared a second burning, as very little of the old city of Darmstadt would be spared during the Second World War.