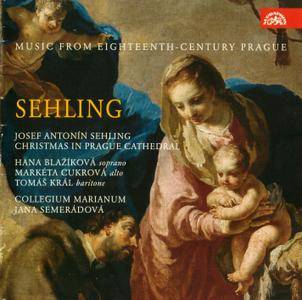 Precious few countries can boast of a Christmas repertoire as ample and colourful as that possessed by the Czech Republic. The Baroque era imbued the texts of songs with enchanting, tender poetics with awestruck yet perplexed shepherds enthusing about the beautiful infant Jesus. Later on, a growing number of formally more complex pieces (pastorales) were written, most of them taking the form of arias or duets with instrumental accompaniment. A notable composer in this respect was Josef Antonín Sehling. Although still anchored in the Baroque world, he paved the way for the accession of a new musical style. He studied in Vienna and subsequently worked in Prague as a member of Count Václav Morzins renowned orchestra and as second violin at Saint Vitus Cathedral, although standing in as Kapellmeister over the long term (an interesting parallel can be drawn with Zelenka, the counter-bassist at the court orchestra in Dresden). Sehling was Kapellmeister of several Prague churches, including the Church of Our Lady under the Chain, where the present world premiere recording was made. 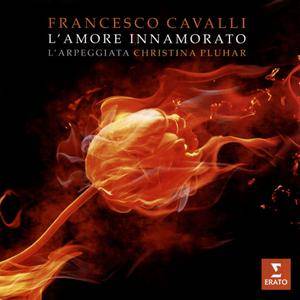 With L’Amore innamorato – ‘Love in love’ – Christina Pluhar and L’Arpeggiata return to their own first great love, Italian music of the 17th century, and specifically to composer Francesco Cavalli (1602-1676). A luminary of the glamorous and innovative world of Venetian opera, Cavalli was a protégé of Claudio Monteverdi – the composer around whom L’Arpeggiata built Il teatro d’amore, the ensemble’s first Warner Classics album, which was released in early 2009. “Cavalli’s music excites my passions”, says Christina Pluhar. He composed some 40 operas, some of which have achieved new currency since the 1960s, such as La Calisto, Il Giasone, L’Egisto and L’Ormindo and La Didone. Arias and instrumental numbers from six of his operas feature in L’Amore innamorato. The instrumentalists of L’Arpeggiata are joined for the album – which also includes pieces by two of Cavalli’s contemporaries, Girolamo Kapsperger and Andrea Falconieri – by two sopranos, the Catalan Núria Rial and the Czech Hana Blažíková.
Hana Blažíková Classical Opera Christina Pluhar L'Arpeggiata Baroque Opera Vocal 2015 Baroque Lossless
Details 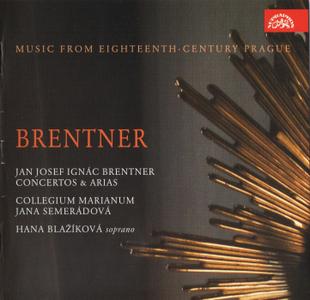 The only early eighteenth century composer from Czech-speaking lands to have gained much exposure in western Europe and North America has been Jan Dismas Zelenka. But there's a great deal of music left to discover from that culturally rich part of the world, where early music is a comparatively new concept. This Czech release, compiling performances from 2003 and 2005, examines two publications by composer Jan Josef Ignác Brentner, both with grandiloquent Latin titles: the Harmonica duodecatometria ecclesiastica, Op. 1, is a set of Latin sacred arias, issued in 1716; the Horae pomeridianae seu concertus cammerales sex, Op. 4, is a group of chamber concertos with diverse instrumentation, from 1720; they have some traits of the Italian concerto grosso.