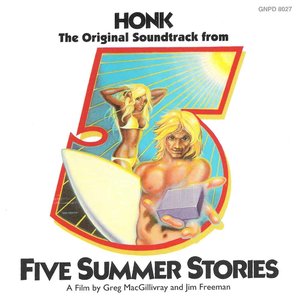 Five Summer Stories is the 1972 soundtrack album by Honk. Five Summer Stories was a surf film directed by Greg MacGillivray. The album and the group is known for their song "Pipeline Sequence" which closes the album. Drummer Tris Imboden later became a member of the band Chicago. This CD was released in 2005.