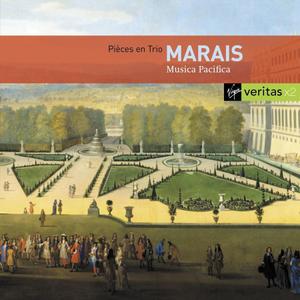 French Baroque instrumental music (in this case from the last two decades of the seventeenth century) enjoys a somewhat doubtful reputation as being mannered and all cast in the same mould. Well, there is no smoke without fire, and sure enough, the individual movements on this recording do all sound in some wise “typical”, with the usual French dance movements (sarabande, gigue, rondeau, menuet, gavotte) predominating. And yet, there are here some outstanding passages: If you want a sample of what Marin Marais was capable of in an area other than that of his belovèd viola da gamba, then listen in to CD 1, Track 8 (Passacaille) or CD 2, Track 6 (Chaconne), where the instruments intertwine and swirl around each other for well over five minutes at a time.