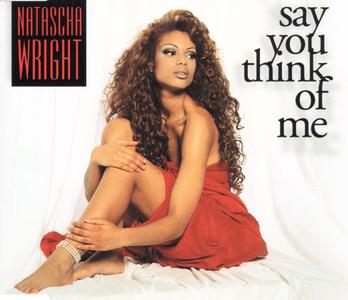 "Say You Think Of Me" is a 1995 single by Natascha Wright. This German CD5 features four mixes of the song, including a nice handy radio edit. This was released by Club Zone.