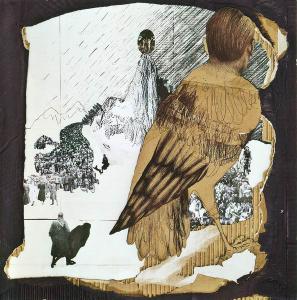 Psycho Praxis are a near perfect sound mélange of British heavy prog and Italian progressive rock. Hailing from Brescia the band's debut album "Echoes from the Deep" doesn't sound like a new band trying to cash in on retro-prog, rather, it sounds like an authentic lost album from the early 70s with quality thrills and chills. Imagine the slightly creepy and unpredictable edge of Van der Graaf Generator mixed with the whirling, feverish flutes of Osanna, and the keyboard textures of Metamorfosi. The band employ English vocals rather than Italian, but even the hardest core RPI fan will surely forgive them because the music is so good.