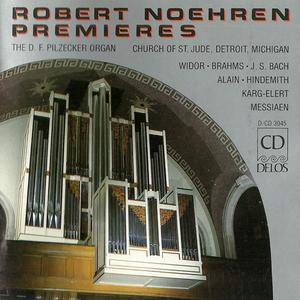 Robert Noehren Premieres is a 1987 album by organist Robert Noehren. It is mainly a solo recording but he gets help in song number 8. This disc was released by Delos International.