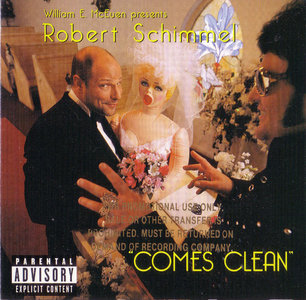 Robert Schimmel was a comedian born in The Bronx and released his debut album in 1996, Comes Clean (or Robert Schimmel Comes Clean). In 2004, he was considered one of the 100 greatest stand-ups pf all time according to Comedy Central, and this CD shows the reason why. This was an enhanced CD, so you are able to download the enhanced portion, located in its own folder.