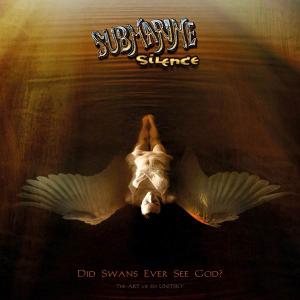 "Did Swans Ever See God?" is the fourth studio album by Italian act Submarine Silence, the side project of members of progressive band Moongarden. Absent from the scene since 2016, they return to delight us with an album that continues the long journey that began in 2001 with the homonymous "Submarine Silence".
The band finds itself once again wandering between the typical sounds of the Symphonic Progressive Rock of clear Anglo-Saxon matrix, confirming the predilection for the exploration and reinterpretation of musical scenarios created in the 70s by the great masters dear to all of us (Genesis, Yes , King Crimson, Steve Hackett, Anthony Phillips, Camel), supported by original Mellotron and hammond sounds, a la Tony Banks… 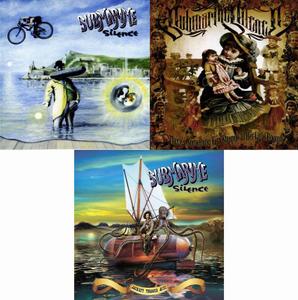 Submarine Silence is an Italian group that was born from the idea of Mellow Records owner Mauro Moroni. The group can be regarded as a side-project of the neo-progressive group Moongarden. Based on the idea of Mr. Moroni, the Moongarden keyboardist Cristiano Roversi founded the group. The group consists of Cristiano Roversi (keyboards), David Cremoni (guitars) and Emilio Pizzoccoli (drums & percussions). David Cremoni is also a member of Moongarden. Bass sounds are made by Taurus pedals. The band first appeared in a Genesis tribute "The River of Constant Change - A Tribute to Genesis". In 2001 they released the self-titled debut album. It is very Genesis inspired instrumental progressive. Even the album artwork resembles "Foxtrot" and it is by the same artist Paul Whitehead.