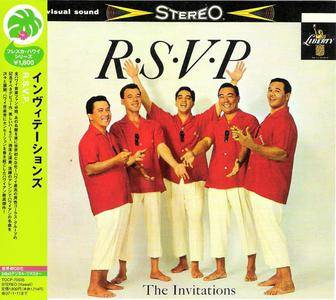 The Invitations were a Honolulu pop vocal group from the 1950's featuring Sonny Kamaka, Alec Kaeck, Buddy Fo, Clem Low, and John Costello, who were about being true beach boys by singing songs about love and romance, along with the ladies they loved, all done in a Hawaiian motif. They started in the mid to late 1950's and were signed to Liberty Records. They continued after Hawaii statehood in 1959 and made music during the first half of the 1960's before Buddy Fo decided to explore his own musical career. R.S.V.P. was originally released by Liberty Records in 1959. This is taken from the Japanese CD released in 2006..