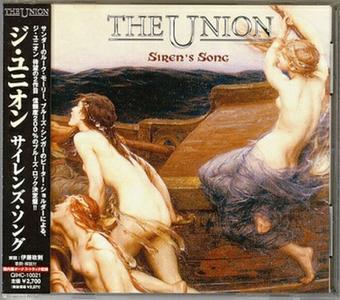 Siren's Song is the second studio album by The Union, the English rock band formed by ex-Thunder guitarist Luke Morley and Peter Shoulder (formerly of Winterville). It was released on 3 October 2011. The Union was formed by guitarist Luke Morley and vocalist/guitarist Peter Shoulder after Luke’s twenty-year career with Thunder came to an end in 2009. Peter Shoulder was the vocalist, songwriter and musical rudder of Winterville. In 2006 he won The W.C Handy Blues Foundation award, presented to him in Memphis for co-writing the American Blues Song of the Year, ‘Think of Me’. The song was performed by blues legend Little Milton. At the time of winning there were only two other British artists to have received that particular award, the others being Eric Clapton and Peter Green.