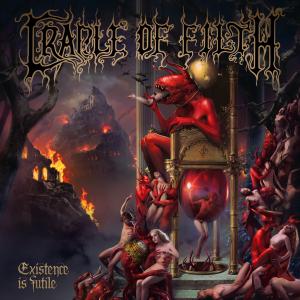 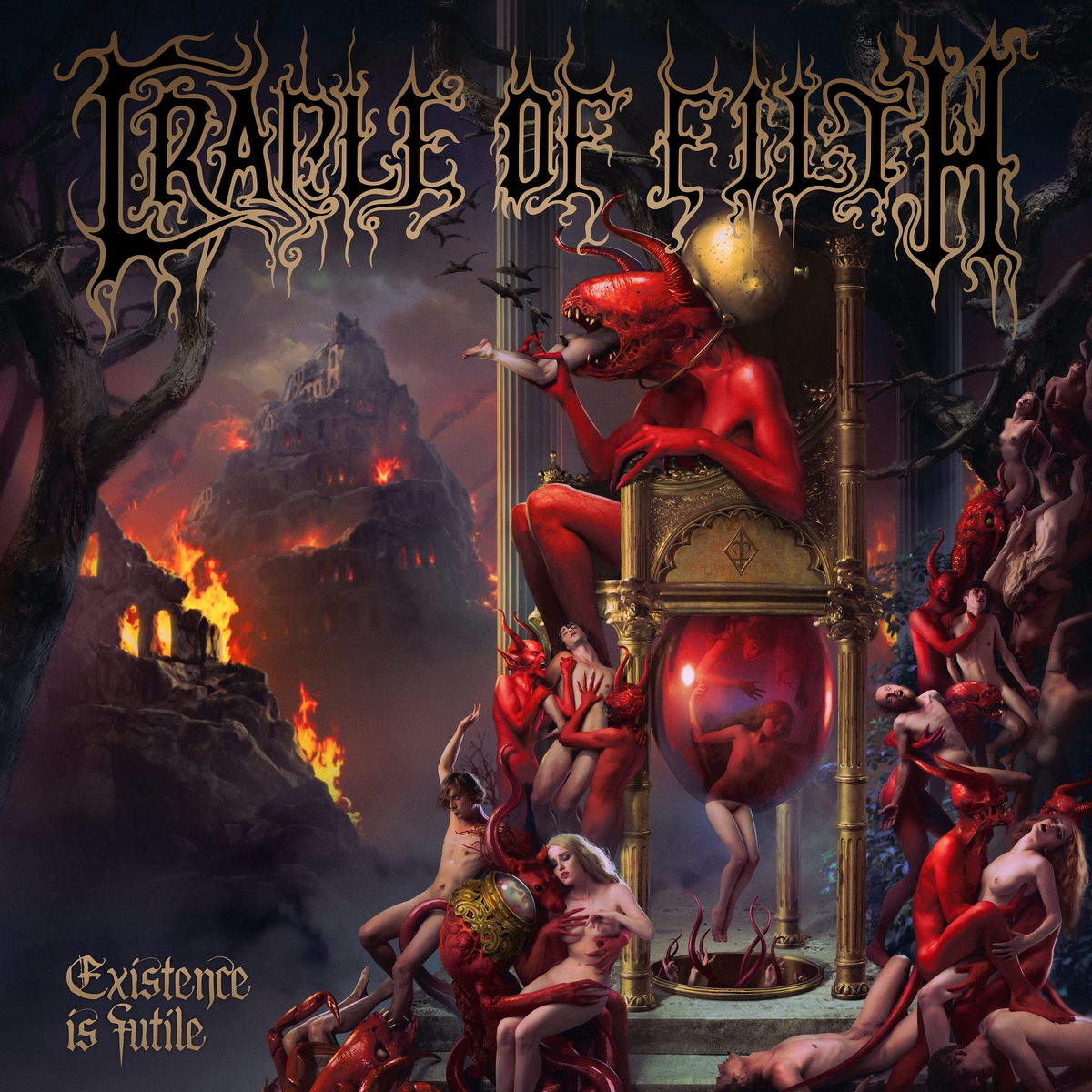 British extreme metallers CRADLE OF FILTH will release their 13th studio album, "Existence Is Futile", on October 22. Pieced together in isolation, at Grindstone Studios in Suffolk with studio guru Scott Atkins (DEVILMENT, BENEDICTION, VADER), the band's latest chef-d'oeuvre is a pitch-black, perverse and at times absurdly brutal and extreme masterpiece following a truly nihilistic concept: "The album is about existentialism, existential dread and fear of the unknown," frontman Dani Filth explains. "The concept wasn't created by the pandemic. We'd written it long before that began, but the pandemic is the tip of the cotton-bud as far as the way the world is headed, you know? I guess the title, 'Existence Is Futile', does sound a little morbid. But again, it's more about recognizing that truth and saying that everything is permitted because nothing really matters, which mimics the occultist Aleister Crowley's maxim. We all know we're going to die, so we might as well indulge life while we possess it. The final track on the album — 'Us, Dark, Invincible' — really drives that point home. Also, the artwork for this record was created by the Latvian visionary Arthur Berzinsh, who also dressed the last two albums, and that reeks of the exceedingly beautiful yet apocalyptic too."

1. The Fate of the World on Our Shoulders
2. Existential Terror
3. Necromantic Fantasies
4. Crawling King Chaos
5. Here Comes a Candle… (Infernal Lullaby)
6. Black Smoke Curling from the Lips of War
7. Discourse Between a Man and His Soul
8. The Dying of the Embers
9. Ashen Mortality
10. How Many Tears to Nurture a Rose?
11. Suffer Our Dominion
12. Us, Dark, Invincible
13. Sisters of the Mist (Bonus Track)
14. Unleash the Hellion (Bonus Track)